Can you improve shop efficiency without compromising quality? 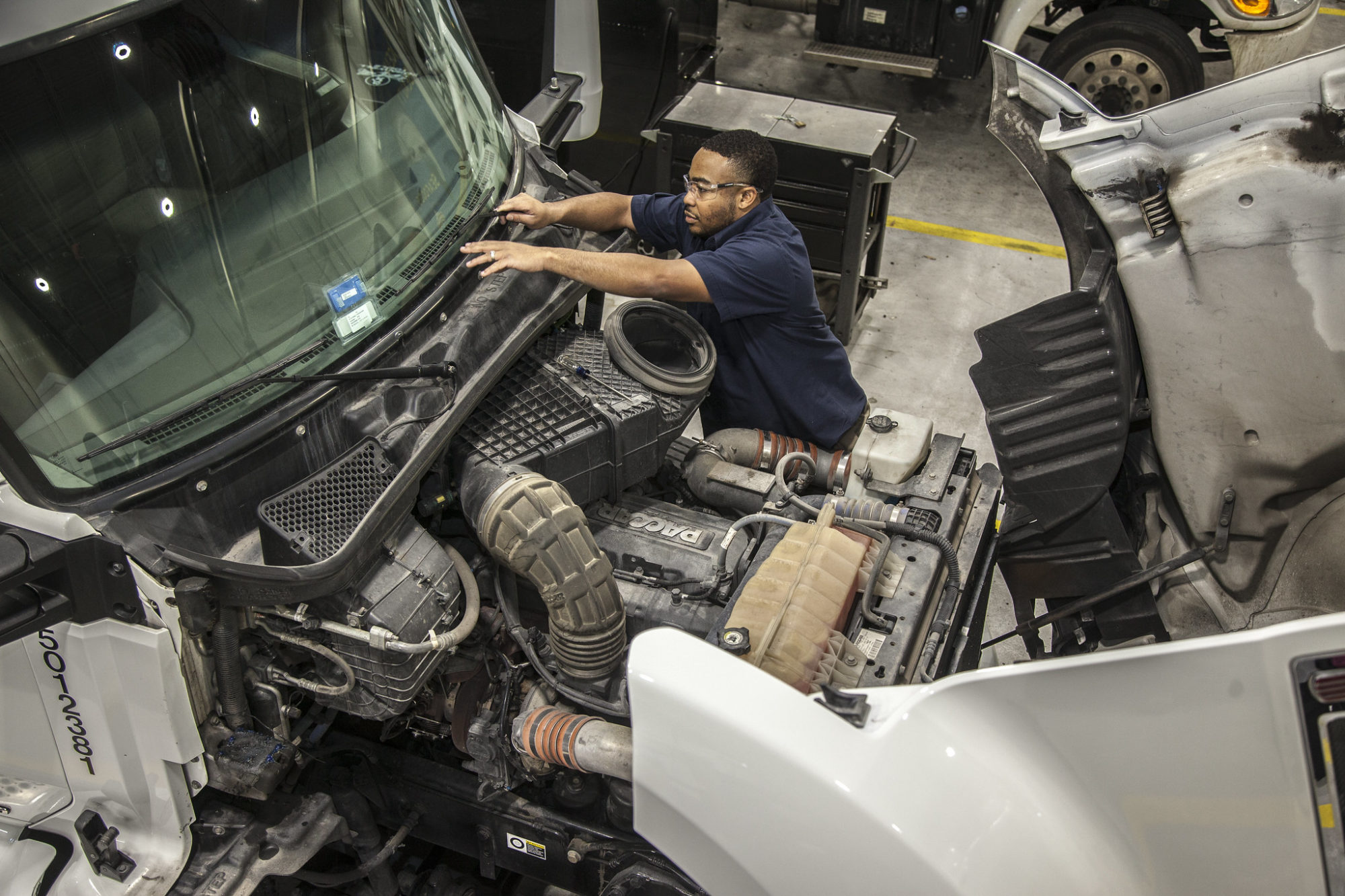 TORONTO, Ont. — Do you want to save time and money on fleet maintenance operations? Then dig deep to find the root cause of your problems and take full advantage of all the technology at your disposal to solve them. And don’t forget to use a little imagination along the way.

That may sound easy, even self-evident, but fleets struggling to stay ahead of the day-to-day challenges often do not step back to see what’s really going on or try to get beyond what appears obvious.

Speaking on a panel discussing ways of improving the efficiency and effectiveness of fleet maintenance practices at the 2019 annual meeting of the American Trucking Associations’ Technology and Maintenance Council, Randy Obermeyer, the terminal manager for Batesville Logistics in Batesville, Ind., recounted the story of how he managed to trim 30 minutes from the time it takes to complete a preventive maintenance (PM) service.

Obermeyer felt 2.5 hours per PM was a little long, so he set out to see what could be done to shorten the process. The first step was to make what he calls a spaghetti diagram, mapping all the movements a technician makes during the inspection. That yielded some surprising results.

“We found that technicians were leaving the inspection area several times during the process,” he said. We tracked one tech making a couple of trips to the supervisor’s office, a trip to the water fountain to fill a water bottle, a separate trip to the oil filter crusher, a few trips to the parts room, etc., and he made multiple trips around the vehicle he was working on.”

The solution was to bring all the needed parts to the PM service bay prior to starting the work, and reordering the inspection process into a specific sequence to cut down on the number of trips around the truck. They even went so far as to move a trash can into the service bay to so the tech wouldn’t have to walk as far to dispose of the parts packaging.

In addition, Obermeyer went over the list of 135 inspection items and pared it down by 25, deciding not to inspect things like the controls on the driver’s seat, interior lighting and other things that drivers would be sure to point out if they failed.

“We went back over previous inspections and looked for things that we had never had to repair, and we identified inspection points drivers would let us know about,” he said. “The bottom line was, we knocked 30 minutes off a PM with absolutely no negative consequences do date.”

That exercise was all about rethinking a process that had gone more or less unchanged for years because nobody had felt the need to re-examine it closely. Similar thinking helped Obermeyer discover that some of his technicians were not following procedures for tightening battery cables onto battery terminal posts, and that was killing batteries.

In some respects, testing the batteries and replacing the bad ones is what you’d expect a diligent technician to do, but Obermeyer wanted to know what had killed that set of batteries in the first place. Was the problem a failing alternator or a short circuit somewhere that was drawing them down? He kept drilling down to get to the root cause, which turned out to be a technician who had previously serviced the truck had not followed recommended practices for tightening battery cables to the terminal posts resulting in bad connections and batteries that were not charging properly.

“That’s a good example of how fleets can approach a problem with the objective of not just fixing the problem at hand, but getting to the root cause of the problem,” he said. “It was a simple problem to fix, but the cause took a bit of work to identify and prevent from happening again.”

Telematics has opened the door to a whole new level of diagnostic clarity and streamlined maintenance. Trucks today practically tell you what’s wrong with them, which begs the question, should we continue with traditional PMs or just wait for the alerts?

It’s much easier today to query a database to discover what might be the top 25 fault codes and focus on resolving those.

“That will save the tech-savvy fleet a lot of time and money previously spent chasing down problems,” said panelist Cindy Hunter, technology sales director for Rush Enterprises. “For fleets just getting familiar with telematics and diagnostics, there’s so much data there it can be overwhelming. If that happens, the data just becomes something else that takes time out of their day. Those fleets need a crawl, walk, run approach so they can stay focused on their pain points and not get distracted by the volume of data coming off the truck.”

Greg Johnsen, a regional service manager with Maverick Transportation, told the panel that telematics has helped his fleet take major service intervals out to 70,000 miles with a dry service in between. He noted that not long ago, trucks were hauled in for service every 20,000 miles.

“Telematics gives us a very close and current look at the truck,” he said. “It doesn’t need any more service, but telematics can alert us to a pending issue that we previously would not have seen coming. We don’t want to over-service the truck any more than we want excessive downtime. We have historically used pretty conservative service intervals, not knowing really what condition the truck was in. Now that we can literally see inside the thing, we can safely push those intervals out much further, which helps reduce overall maintenance costs and downtime, too.”

How many times have you said to yourself if we only had more room, or if only we had more technicians, we could be so much more effective? Have you ever asked yourself if you could make better use of your existing assets?

Kerry Stritt, the vice president of fleet services for LTL carrier Southeastern Freight lines was also on the panel, and he spoke about the advantages of looking for savings that are hiding in plain sight and those hidden in the deepest, darkest corner of the shop.

“Step one is to de-clutter,” Stritt said. “Ideally, you want to know exactly what you have out on the yard, and if you’re anything like us, you probably have a couple of bays full of junk. You may not even know what’s in there. The pile just keeps growing and you keep ignoring it. Any time you have a bay that’s underutilized or not properly utilized, you have an opportunity. Maybe a triage bay.”

Stritt says his company recently reclaimed a previously underused service bay and turned it into a triage facility. Southeastern appointed two of their best technicians as triage specialists, whose primary duty was to run a series of diagnostic tests on all incoming trucks to see what sort of work they needed.

“They are trained on all the software, and they are the first one to touch the truck when it comes in,” he said. “We know that if we can diagnose a problem, we can fix it too. He’ll run diagnostics on all the systems on that truck, do the updates and figure out what’s wrong with it. Sometimes they will fix the problem right there, but if not, he designates which bay the trucks goes to for repairs.”

Stritt says these processes have drastically reduced parts carrying costs, shop dwell time and helped get the repair work right the first time, but he acknowledged that changing from they way they had always done things to these newer measures wasn’t always smooth.

“Change is a fear of the unknown,” he noted. “The problem in many cases isn’t with the technicians but with leadership. If you have shop managers running a shop for 30 years and then one days somebody comes in and says you’re doing it all wrong, that guy is bound to be a bit resistant to change. Once you communicate it correctly, they come onside.

“I encourage everyone to give this some thought,” added Stritt. “It costs nothing, yet the results can be profound. Sure, these ideas saved us some money, but some of our technicians even got to home early occasionally rather than staying late to finish a job.”