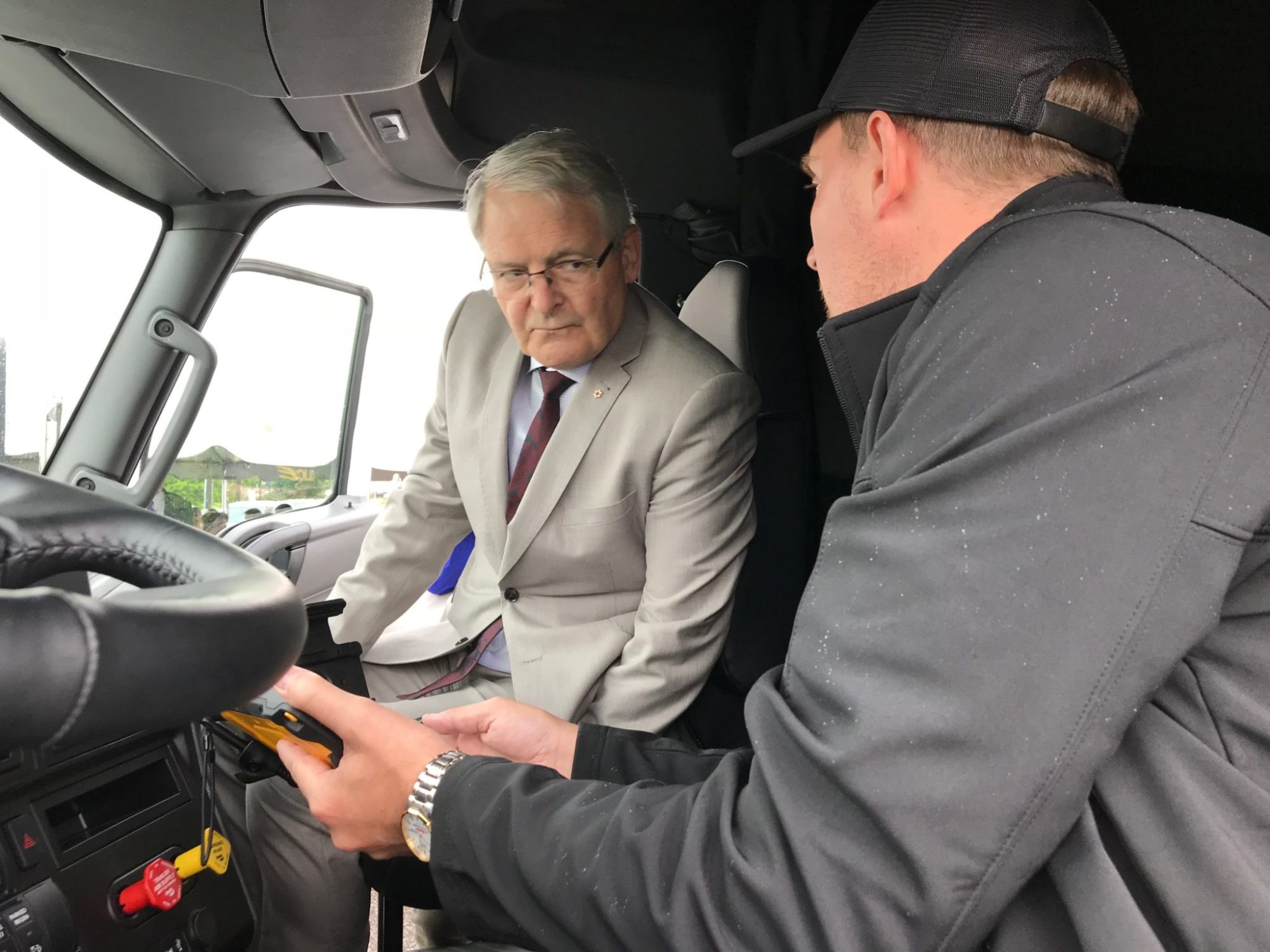 TORONTO, Ont. — On the eve of the electronic logging device (ELD) mandate, one of the largest U.S. trucking operators, J.B. Hunt Transport, told customers to budget for transportation cost increases as high as “10 percent or more,” as the peak fall distribution season and electronic logging mandate (ELD) would intensify a driver shortage.

“This is one the highest periods of turbulence and volatility in supply we have ever experienced, and we don’t think it will abate any time soon,” John Robert, president and CEO, and Shelly Simpson, chief commercial officer, said in the letter sent to J.B. Hunt customers in the fall of 2017.

With Canada’s long-awaited ELD rules finally in place and a June 2021 implementation deadline on the horizon, many believe that the data carriers will collect can improve the carrier-shipper relationship, especially when it comes to the loading and unloading times known as demurrage.

While it may oversimplify things when it comes to ELDs you just don’t know what you don’t know, says Ray Haight, a consultant with Dan Goodwill and Associates.

“The awareness that can be brought to the shipper community [from ELDs] could show them what they don’t know about their own facilities,” he says.

Being able to collect and access historical data from numerous carriers will be critical and paints a different picture, giving carriers more leverage in discussions with problem shippers — who could previously duck complaints coming from only one customer, he says.

“It will be different now,” adds Haight. “Carriers can say, ‘Here’s how long every truck was in your yard, not just how long my trucks have been there.’”

While it’s not as simple as turning on a light switch, ELDs will help with the momentum of objectively identifying where time is being wasted in the network and prevent everyone from being painted with the same brush, says Trevor Fridfinnson, COO of Bison Transport, which has used the technology since 2009.

“It has helped with, ‘Everyone has to pay more because the network is not efficient enough and drivers are getting held up at too many places,’” he says, referring to general discussions.

“Ideally, in more situations it should help create those fixes. We want to take waste out of the system and we can help [shippers] identify where.”

The implementation of ELDs in the United States, which began in 2017, has been generally positive, according to Jennifer Hedrick, executive director of The National Industrial Transportation League, America’s oldest and largest freight transportation association.

She says the most apparent benefit has been the improved visibility into the relationship between shipper and carrier.

“Like any transition, there have been some bumps in this early period. Some of our shipper members have reported no effect on their operations, while others saw rate increases early on due to reduction in capacity. Right now the shippers seem to hold a bit of advantage as capacity is plentiful.

“We’ve also seen that shippers have been held more accountable for delays in loading or unloading, often resulting in detention charges or fewer choices of carriers.”

Hedrick pointed out though that many companies are still using pre-existing Automatic On-Board Recording Devices (AOBRD), a technology that has been grandfathered until December.

“We’ll be looking to the data in the first quarter of next year to give more detail on the impact of full conversion.”

For Fridfinnson, it has taken too long for the industry and regulators to get to this point.

“We saw [ELDs] as the future and it fit with our safety culture and our values around having good tools to promote that culture,” he says, explaining Bison’s early adoption of ELDs.

The biggest benefit of ELD use, though, has involved better managing time in a safety-sensitive position, such as truck driving, compared to what could be done with a paper record.

Any fears from drivers were quickly overcome, according to Fridfinnson. “Our belief and what we should hold as an industry is that no one should feel compelled to bend or break rules in order to make a living.”