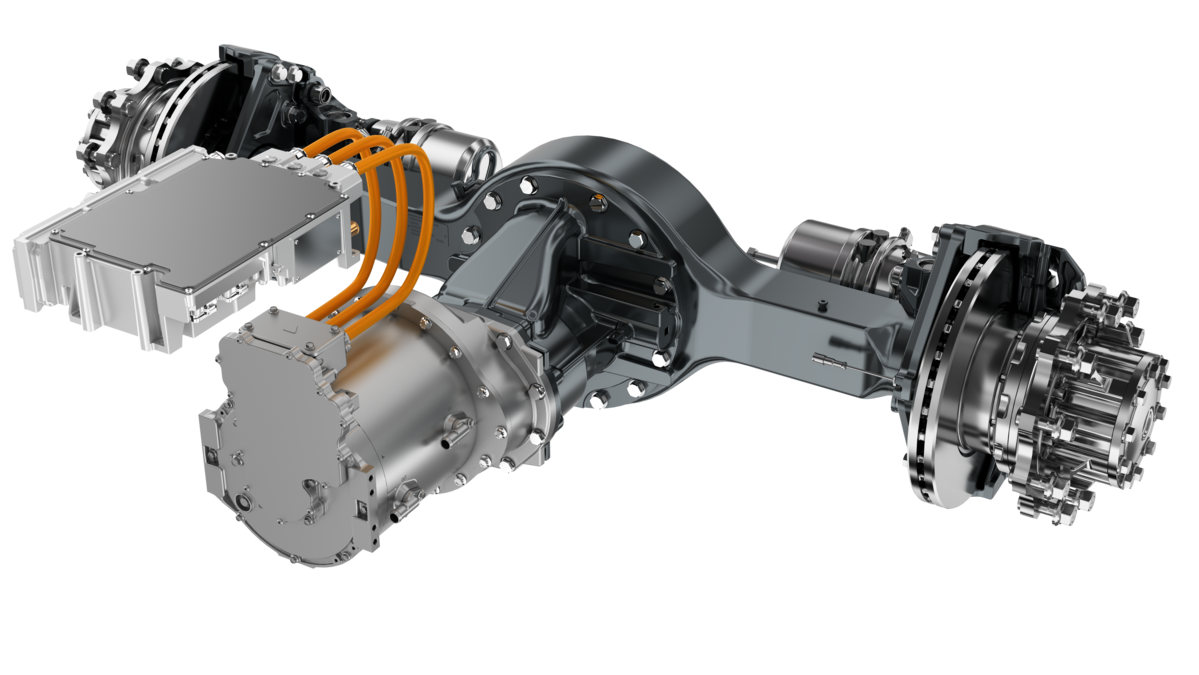 The trucks in the test will be powered by Dana’s eS6200r e-Drive Axle with the SUMO HP motor and inverter. Dana did not elaborate on the motor’s ratings except to say it would be roughly equal to the 500- to 550-hp diesel powertrains currently used in that application.

EDMONTON, Alta. — When fuel cells are put to the test in a pair of 140,000-lb. B-trains as part of the Alberta Zero-Emissions Truck Electrification Collaboration (AZETEC) project, the motion will come through Dana’s Spicer Electrified e-Propulsion systems with TM4 SUMO HP motor-inverters.

The trucks are part of a three-year, $15-million initiative sponsored by Emissions Reduction Alberta (ERA) to design and test heavy-duty, extended-range, hydrogen fuel cell electric hybrid trucks. It’s part of a $100-million investment into clean technology projects will be put into the province’s trucking industry.

“Dana is pleased to have been selected as a key partner for this enterprising hydrogen fuel project. It marks another step in the innovation continuum as the industry transitions to zero-emission transportation,” said Mark Wallace, president of Dana Commercial Vehicle Driveline Technologies. “The consortium partners share a common vision in advancing clean technologies, and we welcome the opportunity to provide Spicer electrodynamic solutions as part of these collective efforts.” 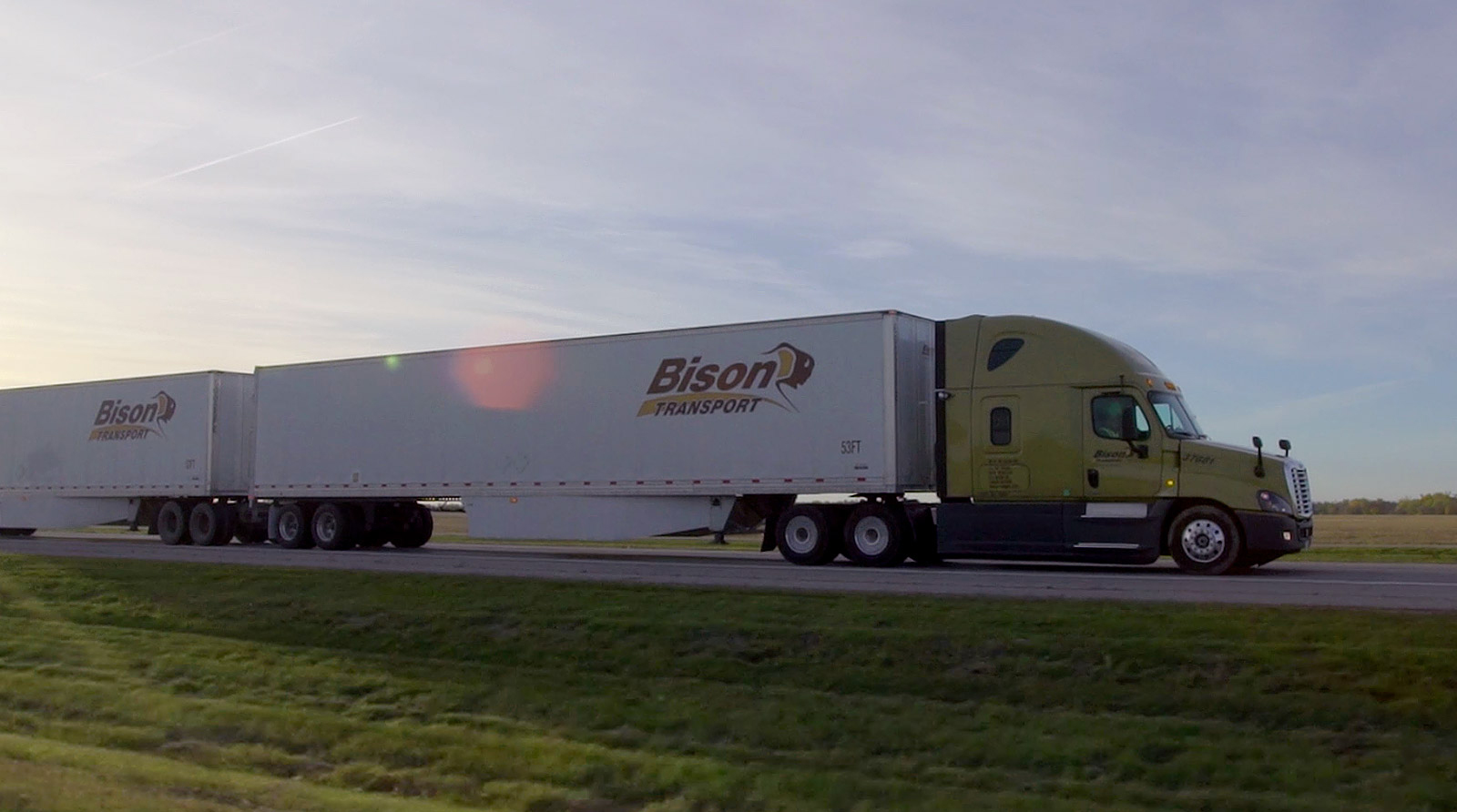 Two long-combination B-train vehicle operated by Bison Transport and Trimac Transportation will travel up to 430 miles (700 km) on return trips between terminals in Edmonton and Calgary on a single hydrogen fill.

“That kind of weight will require additional gearing with a multi-speed approach in order to get the start-ability needed at low speed and the grade-ability needed at mid-speed and top speed,” says Dana’s senior manager for commercial vehicle product planning, Harry Trost. “We are leveraging one of the new motors we are developing, the Sumo HP. It produces a power level similar to what that type of Canadian linehaul application would have today, roughly in the 500-550 horsepower range. It will have similar performance as those vehicles have today.”

The trucks will travel up to 700 km on return trips between terminals in Edmonton and Calgary on a single hydrogen fill. They will be operated by Trimac Transportation and Bison Transport.

“The tractor-trailers being used in the AZETEC project are the first Fuel Cell Electric Vehicles of this size and capacity to be built and tested anywhere in the world,” says Ballars chief commercial officer Rob Campbell. “We are delighted to expand Ballard’s participation in FCEV truck trials across a growing range of sizes and classes, as we demonstrate the compelling value proposition that fuel cells offer for heavy and medium duty motive applications requiring long range, rapid refueling, heavy payloads and route flexibility.” 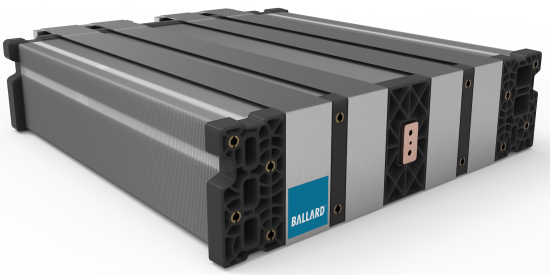 The fueling infrastructure for the project will be generated by Praxair Services Canada, leveraging its existing oil and gas hydrogen infrastructure. Hydrogen will be transported under a “drop and swap” model that will move fuel between the Praxair facility and a centralized depot in Edmonton.

Hydrogen will be produced through the steam methane reforming (SMR) process due to the readily available supply of natural gas in Alberta. SMR is a process in which methane from natural gas is heated with steam, usually with a catalyst, to produce a mixture of carbon monoxide and hydrogen used in organic synthesis and as a fuel. In energy, SMR is the most widely used process for the generation of hydrogen.

“The abundant natural gas supply in Alberta is part of the impetus behind why they selected that hydrogen source, supporting the local economies makes a lot of sense and it’s a good process for creating hydrogen,” says Trost.

The Alberta Motor Transport Association (AMTA) will receive over $7.3 million for the AZETEC project. So far, ERA has committed more than $572 million in funding to 164 projects.

“This is a very exciting project for the AMTA and our member companies,” said AMTA president Chris Nash. “This initiative is primarily about moving freight on Alberta’s highways with zero emissions, but it is also about the future of the Alberta economy. Alberta is in the transportation fuel business, and that business is changing. The AZETEC project demonstrates that Alberta’s commercial transportation industry is leading the transition towards innovative, zero-emission transportation that meets the province’s unique needs.”

The AZETEC project is scheduled to run until mid-2022. At the conclusion of the three-year project, it is estimated that the trucks will have carried approximately 12 million tonne-miles of freight.