TORONTO, Ont. – Positive drug tests are on the rise and fleets continue to debate the acceptable thresholds for truck drivers as Canada approaches the first anniversary of legalized recreational marijuana.

The rates of positive test results for THC — a psychoactive ingredient in marijuana — were up a respective 16.8%, 17.1% and 21.2% in the first three quarters of this year when compared to the same periods in 2018, says Dr. Melissa Snider-Adler, DriverCheck’s chief medical review officer. 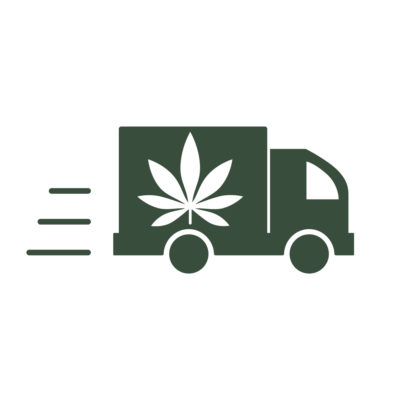 But the positive test results had already been rising for several years. Some of the increase identified by the medical testing and assessment service could simply be linked to an increase in reasonable-cause testing because workplaces are more educated about the effects of marijuana.

“It’s not like everything was stable and all of a sudden we legalized [marijuana] and everything jumped up,” she says.

It is clearly the drug of choice, however. Almost 2/3 of the positive results recorded in the DriverCheck tests are now associated with THC.

Aside from the positive tests, fleets appear to disagree on what levels of the drug are acceptable in truck drivers.

Those that haul cross-border freight must comply with the zero-tolerance established by the U.S. Department of Transportation. Things are trickier when dealing with domestic operations, especially since individual provinces vary in the on-road requirements for commercial vehicle operators. Jurisdictions like Ontario, Quebec and Saskatchewan set a zero tolerance. Other provinces like British Columbia restricts drivers of every sort to the limit of 2 nanograms per milliliter of blood, as defined by federal Bill C-46.

Snider-Adler has seen workplace policies that tell drivers to abstain from using marijuana for 28 days, 24 hours, or as little as eight hours before beginning work behind the wheel.

“For non-DOT it is a little all over the place,” she says. “It’s unfortunate that, in the industry as a whole, there’s no sort of standard.”

The Conference Board of Canada’s recently released Acting on the Cannabis Act found that 67% of transportation and warehousing businesses have adopted zero-tolerance policies.

Regardless, those who say drivers are cleared to work within eight hours of consuming the drug are “really below that standard of safety-sensitive,” Snider-Adler says.

The Occupational and Environmental Medical Association of Canada recommends a wait of at least 24 hours before returning to safety-sensitive work such as operating motor vehicles or equipment. It stresses that the timing and duration of marijuana-related impairment can vary, and calls for more related research.

Some fleets may worry that an overly strict policy could lead job candidates or existing drivers to look for work elsewhere, Snider-Adler says. “There are certain industries where they know there’s a significant use of cannabis, and it’s kind of hard to deal with because you’re balancing the need to have employees.”

A majority of Canadian businesses appear to have updated substance use policies in place, however.

Acting on the Cannabis Act, a recent report by the Conference Board of Canada, found that 76% of employers have adjusted their alcohol and drug policies to reflect the new legal status of cannabis. And 70% have implemented a fit-for-duty policy that requires employees to come to work unimpaired.

As little as six months before legalization, 45% of those surveyed by the Human Resources Professional Association didn’t believe their existing policies addressed potential new issues that might arise with legalization.

“A lot of employers have been learning as they go, and they did their due diligence before legalization to set themselves up in a good position,” says Nancy Norton, the lead researcher on the Acting on Cannabis Act report. “Employers have done a really good job of dotting their I’s and crossing their T’s.”

Establishing such workplace policies and procedures was no small task, however.

“It’s tricky in Canada because we can’t really take the experience from U.S. jurisdictions. Their federal law still sees cannabis as a quite-serious narcotic,” she says.

But the work continues. Cannabis products such as edibles, beverages, topicals and extracts will be legally available as of mid-December. And users of edible products could be exposed to higher concentrations of THC that maintain impairment for a longer period of time.

“The edibles is really, really interesting because it’s sort of harder to detect impairment,” Norton explains. Workers won’t smell like the drug, and the related impairment can actually last longer than it would if someone smoked a joint. Certain drug tests, especially a urinalysis, might trigger positive results even when someone hasn’t consumed the products for weeks.

“It’s not necessarily the most useful,” she said of the urine tests. “We don’t need to know if you have ever used cannabis.”

Therein lies one of the biggest challenges. Approved roadside tests used by police swab oral fluids at the roadside to detect recent use. There is still no established way to demonstrate that a driver is actually impaired.

“To the average person, the government’s legal THC limits are meaningless,” the Conference Board of Canada says. “THC can accumulate in the tissues of the body and slowly release over time. This means that frequent consumers of cannabis, like those who consume cannabis daily for medical purposes, can test positive for cannabis even after 30 days of abstinence.”

Recreational marijuana is not the only factor to consider, either.

Medical marijuana also continues to increase in popularity even though the drug is available over the counter, Snider-Adler says. That could be driven by factors such as available insurance coverage or tax write-offs linked to medical expenses. Provinces that set a zero tolerance for roadside tests might treat those with a prescription differently.

“It is too early to tell what the long-term effects will be,” the Conference Board concludes. “What is clear is that Canada’s citizens, employers, and policymakers are breaking new ground and setting the example for the rest of the world.”

Read more about the legal vacuum around drug tests