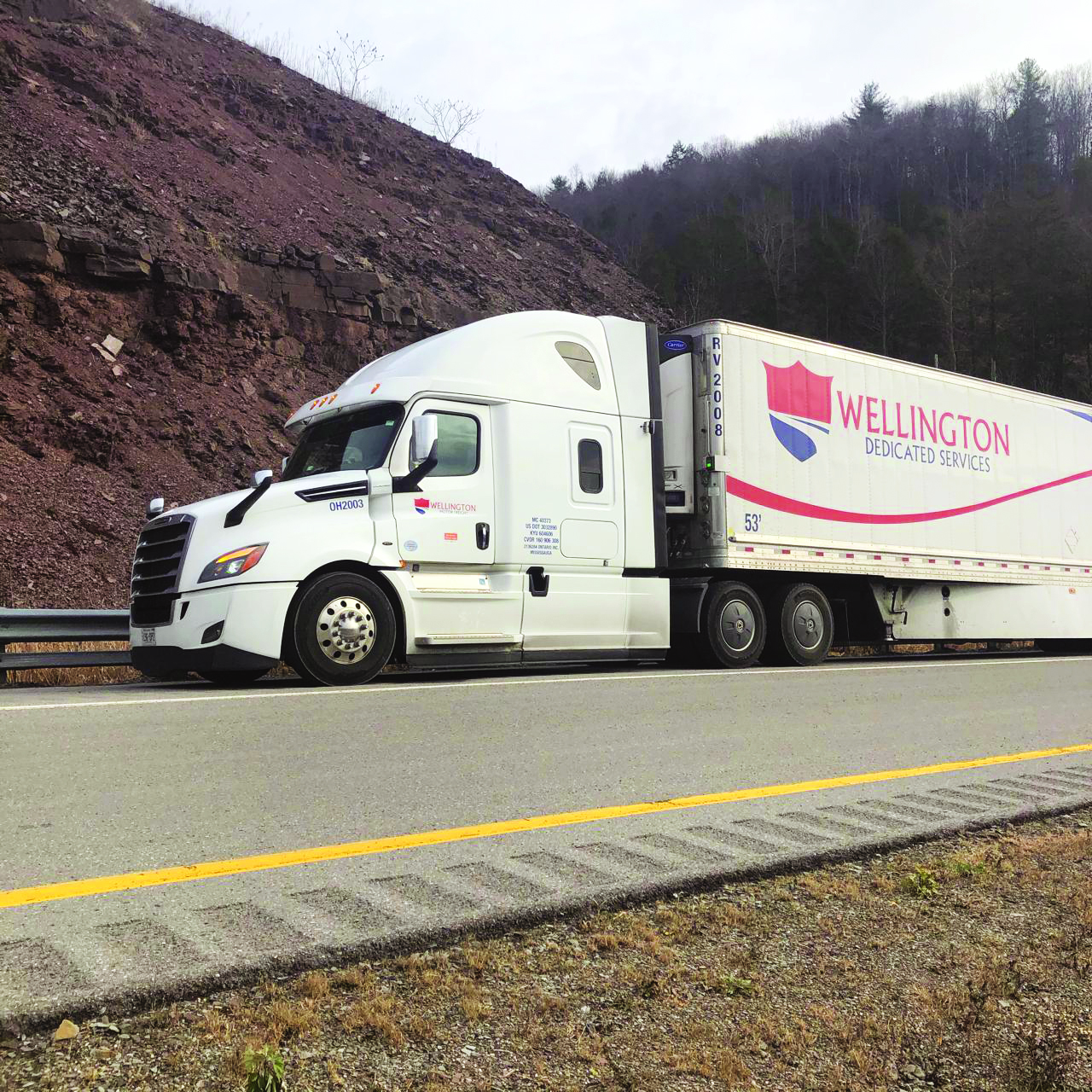 GUELPH, Ont. – With insurers reducing their risk exposure, and some exiting transportation altogether, many carriers have seen rising premiums and outright policy cancellations. But one Ontario carrier has bucked the trend, and slashed insurance premiums by high double digits this year.

Derek Koza, president and CEO of Wellington Group of Companies, operator of Wellington Motor Freight, told Today’s Trucking that his company took a strategic approach to reducing its insurance premiums. The company operates 85 vehicles, operating a regional fleet in the Toronto area, as well as serving the Toronto-Montreal corridor and Atlantic Canada. It also serves the U.S., but mostly by rail.

The company started as a broker about five years ago and ramped up its asset-based trucking operation last year when capacity was tough to secure. Wellington took a holistic approach to lowering its insurance costs, including some forward-thinking measures.

For one, drivers are all paid a salary.

“We are one of the few in the industry, where all our company drivers are salaried drivers,” Koza said. “The reason why we wanted to do that was to drive consistency for drivers, where there’s no message in the back of their head where it’s rush, rush, rush.”

Paying drivers a salary has resulted in a 95% retention rate, Koza said, and a waiting list of drivers looking to join the company.

There are expectations for the drivers, of course. They must make themselves available five days a week for up to 60 hours. They’re paid overtime after 60 hours.

Whenever possible, Wellington offers dedicated lanes. Being familiar with the route allows for better trip planning and improved safety, the company found.

“We are getting into winter here and certain pockets in southwestern Ontario are going to be extremely windy, with lots of snow drifting. The drivers are anticipating that prior to entering into that zone,” said Koza.

Wellington is uncompromising when it comes to hiring standards. Koza said that’s because once you compromise your standards, it becomes habit-forming.

“You have to stay disciplined to the safety plan you put in place,” he said.

Wellington is up-front with its customers that drivers are expected to park when weather is bad.

“Every time there’s a snowstorm or heavy rain, we send out a message to our drivers reminding them that they and the general public are more important than any load they’re delivering,” said Koza.

Equipment is spec’d with active safety systems to support the driver and disc brakes. All reefers are seven years old or newer, dry vans are 10 years or newer, and trucks are five years or newer. Electronic logs are used, even by city drivers. All trailers are tracked by GPS, and telematics are used to identify incidents like hard braking and speeding violations.

Having developed a comprehensive safety plan, Wellington invited in its insurer to communicate the plan. It was already in the middle of the pack in terms of its premiums, not bad for a young fleet, but with room for improvement.

“We were nowhere near the highest and nowhere near the lowest,” said Koza. But even as a fledgling fleet, the company was granted a 21B fleet policy, allowing it to hire drivers without first having them vetted by the insurance company.

Koza didn’t want to publicly disclose the insurance premium savings the company now enjoys, but says the company was “rewarded handsomely” for its efforts.

“I’m not going to say it was an easy journey,” said Koza. “But it really is simple if you sit down, put together a plan, get the engagement of the team, and most importantly, stick with the plan.”

Even if new business is brought on or trucks are parked against the fence, Koza said it’s essential to not deviate from the plan. “You have to stay committed to the plan. You can’t take that sidestep and make that exception, because if you do, it’s going to continue to be a roller-coaster of exceptions going forward.”