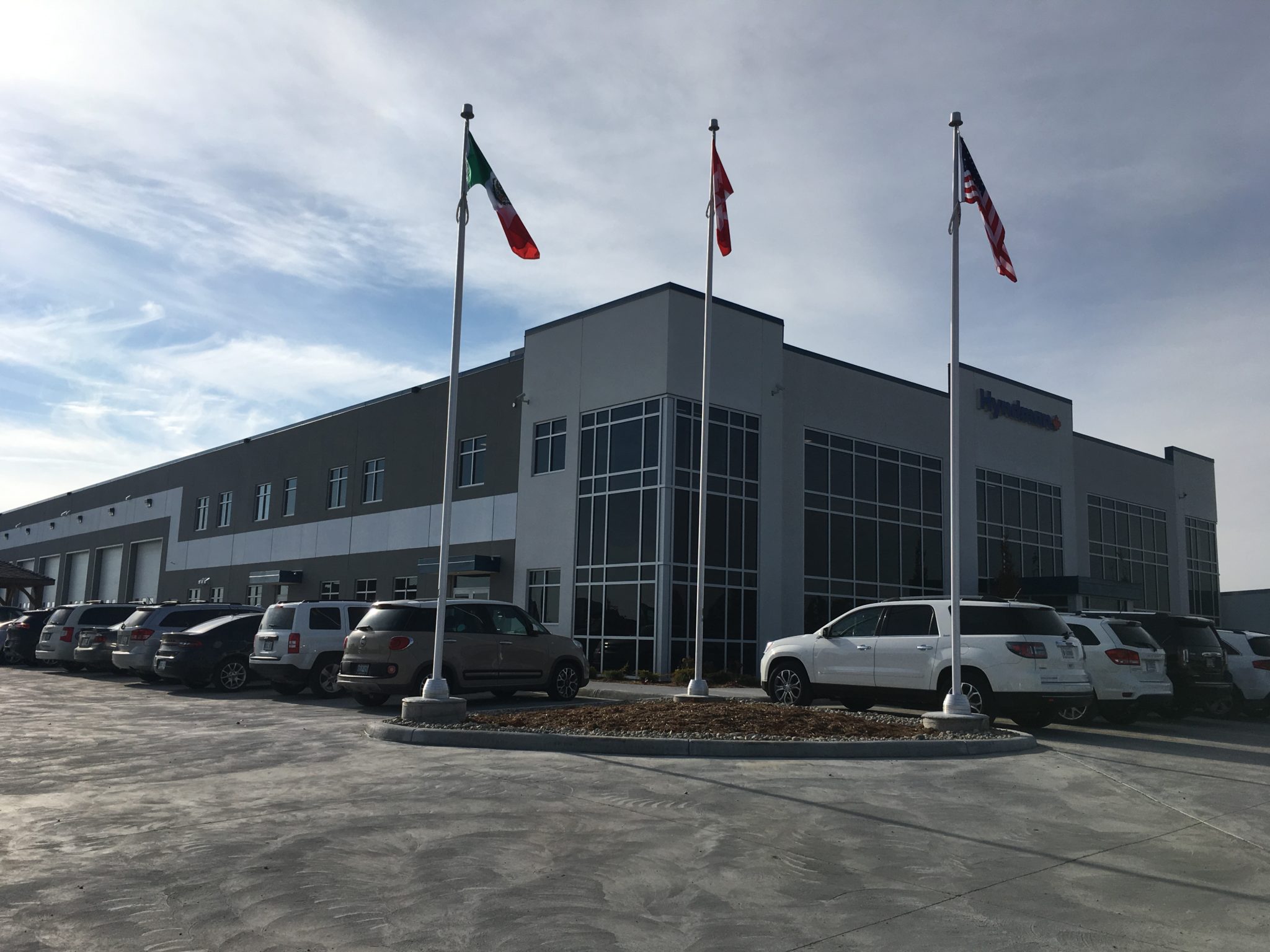 Hyndman opened its new Canadian headquarters as recently as 2016.

AYR, Ont. — Trevor Jefferson had been a driver for Celadon Canada, which took on the Hyndman Transport name in 2015, for 12 years, and was thinking of making a change.

“I was going to test the waters elsewhere,” he told Today’s Trucking. “This last month has been brutal. I had a paycheck for $165. I went to Ohio and back this past week and it took four days.”

Jefferson said loads were becoming scarce and wait times extended. But before he had a chance to change carriers, he received a text from a friend the morning of Saturday, Dec. 7. It was a link to an article that said Hyndman’s U.S.-based parent company Celadon was on the brink of bankruptcy.

Jefferson didn’t wait for it to become official – he spent all day Saturday cleaning out his truck.

“It took me five hours to clean out the truck. Everything I owned was in that truck,” Jefferson said.

In the early morning hours of Monday, Dec. 9, Celadon announced it was filing for Chapter 11 bankruptcy protection and immediately shuttering its operations, including Hyndman.

In a press release, Paul Svindland, chief executive officer of Celadon, said, “We have diligently explored all possible options to restructure Celadon and keep business operations ongoing, however, a number of legacy and market headwinds made this impossible to achieve.”

“Celadon has faced significant costs associated with a multi-year investigation into the actions of former management, including the restatement of financial statements. When combined with the enormous challenges in the industry, and our significant debt obligations, Celadon was unable to address our significant liquidity constraints through asset sales or other restructuring strategies. Therefore, in conjunction with our lenders, we concluded that Celadon had no choice but to cease all operations and proceed with the orderly and safe wind down of our operations through the Chapter 11 process.”

Hyndman and Celadon management did not respond to requests for comment.

Drivers were instructed via telematics to finish delivering their loads and assured they’d be paid for their final deliveries. Jefferson said he and others at the company had hoped Hyndman would remain operational, but realized it was a longshot, since the trailers were owned by Celadon. He was grateful he was home when it happened. Other drivers were on the road – one posted on a Facebook page for Hyndman drivers he was bobtailing home from Laredo, Texas – with fuel cards that were temporarily frozen.

Owner-operator Ahmed Issa, 51, who has been with Hyndman for the past 7 years, is taking the closure in stride. He is planning to take winter off, before deciding on his future. But he said it is so difficult these days to work as an owner-operator because of high maintenance and running costs.

He thinks the trucking industry is facing a recession, “and we have a problem with freight”.

Jefferson, meanwhile, is anxiously awaiting payday to see if he’ll be paid for his final week on the job. He’s been told he’ll be paid, but he doesn’t expect to see severance pay for his 12 years of service.

As word of the bankruptcy spread, competing carriers flooded the Hyndman Transport drivers’ Facebook page with job offers, and in some cases, help getting home if stranded. One carrier even offered bus tickets for stranded drivers.

As for Jefferson, when we caught up with him Dec. 11, he was just finishing his day in orientation with Ryder. He’d been offered a dedicated run to Laredo, Texas. While it’ll keep him away from home for long stretches, he sees it as an opportunity to make up some of the money he’s lost in recent weeks.

“I’m kind of hoping I make up some revenue I lost over the next several months,” he said. “I’ll do it for a few months and see if I want to continue or switch into something else.”

He said he’s been told there are other runs available with Ryder if he tires of Laredo. With about 300 Hyndman drivers out of a job, Jefferson said he’s hopeful they will all be as fortunate as he was in finding new work.