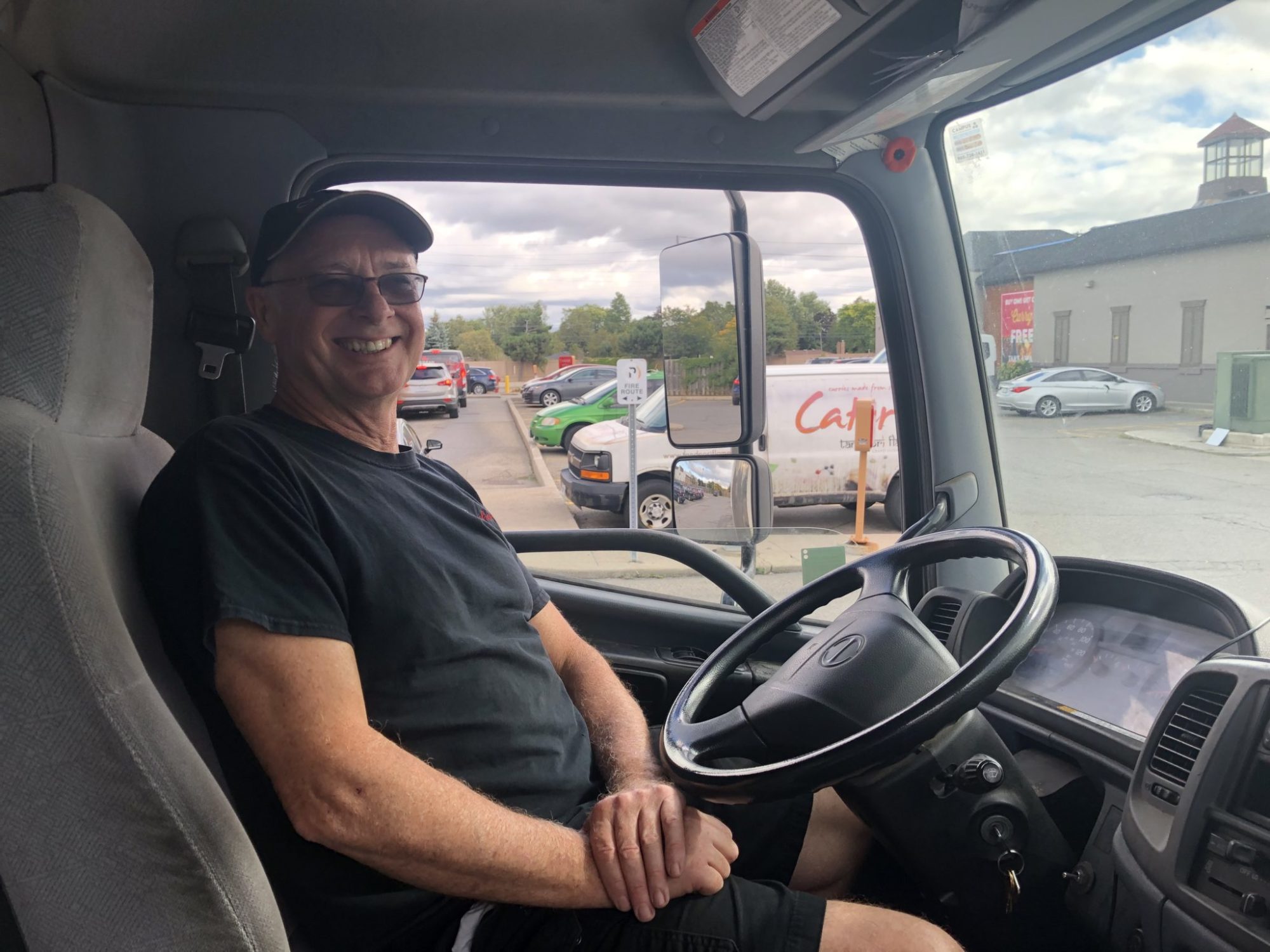 Victor Malins left school to be a truck driver like his dad, but he still found a path back to his studies.

BRAMPTON, Ont. – Victor Malins has covered plenty of ground over his 50-year career as a truck driver, but now he even finds himself on the road to a doctoral degree in history.

It’s been a long journey. Malins left school in England at the age of 15 when he decided to follow his father’s footsteps and become a truck driver. That meant working for two years as a “van boy” before earning the licence.

“A van boy is a lorry (truck) driver’s helper,” he explains.

His high school education didn’t re-start until after he and his wife of five years moved to Canada in 1978. That led to a Grade 12 through correspondence school. Other courses followed, all focusing on history, mostly at Toronto’s York University.

Now he finds himself half way through a six-year doctoral program, with a thesis of: Crime, Justice and Mayhem in the 18th-Century Southern England. That builds on a master’s thesis of: Tea and Smuggling in the 18th Century.

In those days, anything taxed was smuggled, and people could be hanged for no reason, Malins told Truck News, during a chat in the cab of his 2009 Hino, discussing his fascination with the time period. “History always repeats itself. We don’t learn enough from history.”

He sees a parallel in the current situation in his homeland to what was happening then. The recent collapse of the iconic Thomas Cook travel group was just the latest example. The world’s oldest travel company crashed under a mountain of debt in late September, sending ripples across the globe.

Businesses are folding in the run-up to Britain’s chaotic exit from the European Union, the government is mired in crisis, and people are searching for direction, he said.

The path from truck driver to a doctorate is admittedly unusual. But Malins says he realized his true potential after his school supervisors told him that he was pretty good at learning.

“Then I started getting straight A’s.”

While he followed in his father’s footsteps as a driver, however, he spent just two years as a longhaul trucker. Malins opted for city routes because he didn’t want to endure the difficulties his father did.

“He would be gone for weeks,” he says. “I was determined not to do that.”

Now, even his own driving career will soon come to an end.

A father of three grown children and a grandchild, Malins plans to retire from his job as an independent distributor at pastrymaker Vachon in November, and dedicate his full attention to the PhD course.

He hopes to wrap up a doctoral degree in 2022, and his professor is thrilled to have him as a student.

“It is heartening that someone close to retirement, as Vic is, should pursue the highest degree available to a historian,” Prof. Nicholas Rogers wrote in an email.

“This is a purely intellectual passion. There will be no financial returns, just an abiding sense of achievement.”

Malins said he had nothing but encouragement from his family along the way.

“I couldn’t have done it without them,” he says.