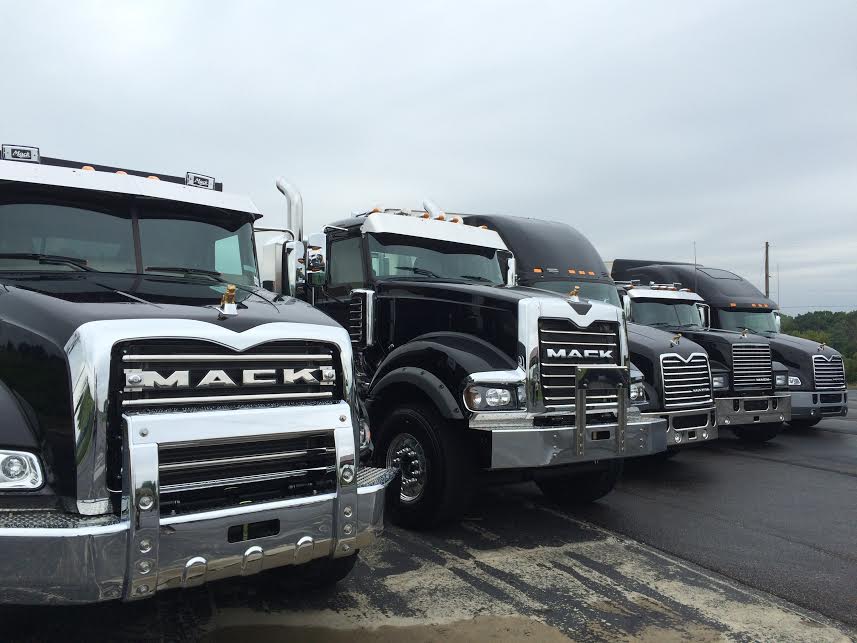 ALLENTOWN, PA – Mack Trucks feels like it’s in a solid position to start down the road towards the emissions realities of the U.S. government’s latest greenhouse gas reduction targets for heavy trucks.

It may even be a benefit, at least to the customer.

“There’s lot of good things coming with the U.S ’17 regulation. Power, torque and fuel economy. This is the upside to the emissions thing,” says Curtis Dorwart, Mack’s manager of vocational marketing.

Dorwart was explaining the specs of the Mack Pinnacle at a media event in Allentown, Pennsylvania, where Mack detailed some of its newest offerings designed to get the company aligned for Phase 1 and 2 of the U.S. Environmental Protection Agency’s looming standards to lower trucking’s CO2 emissions by about 1 billion metric tons.

First out of the gate will be Mack’s MP8 engine in October, which now boasts 1,860 lb.-ft. torque, followed by the MP7 in January 2017. Both engines will boost fuel efficiency by up to 5%.

But it’s the MP8-TC engine that really steps up Mack’s game. TC or turbo compounding is a new technology from Mack that converts wasted energy into crankshaft power. It takes fuel savings to as much as 9%, but it won’t be available until sometime in mid-2017. As Mack describes it, turbo compounding adds a turbine that extracts energy from exhaust gases that would otherwise be lost as heat. Ideal for downspeeding, the turbo compounding converts that energy to additional torque on the crankshaft, improving overall engine efficiency. 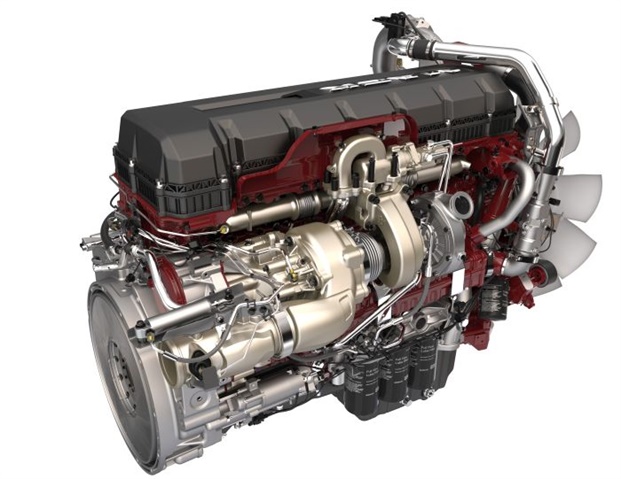 In April, Horton said Mack has been planning for three years to be ready for the EPA’s January 2017 deadline, when heavy-duty engine makers have to improve fuel efficiency and decrease carbon dioxide and other GHG emissions by at least 3%. Horton expects to receive full certification later this year.

And now the company is looking even further down the line. As an encore for its MP series engines, Mack has introduced its ClearTech One single-unit exhaust aftertreatment system. They’ve been able to make the single unit smaller, reducing weight by about 17 lbs., explains Tim Wrinkle, Mack’s construction project manager.

“The other great key is that with a smaller size we’ve been able to free up a lot of rail space,” said Wrinkle. “So, up to 11 inches of free rail now, so we can do a lot of different packaging that we couldn’t do before.”

In addition to size, service time on the unit will also be reduced, assures Wrinkle. The ClearTech One application has become standard on the MP engines, but Mack will still offer two-piece units for any companies that may still require them.

Mack also provided an update on its uptime center momentum. Currently it has 49 centres running with 10 on the way. Mack has approximately 100 dealerships. The centers have increased Mack’s completed repair time by 21%, as quick repairs are given priority in the uptime bay so a driver can get back on the road without delay. Mack presently has some 45,000 connected vehicles that can be monitored from its uptime center in Greensboro, North Carolina.

“We turn technology from the vehicle into actionable information for our customers,” said David Pardue, Mack’s VP of connected vehicles and uptime. “Unplanned downtime costs the customer.”

Mack learns more from its connected vehicle data every day, he adds.

“It generally takes about eight weeks to make the changes culturally and operationally at a dealer to earn certification,” said Purdue.

Mack says it’s not rushing the certification process because they want to hit all the right notes.