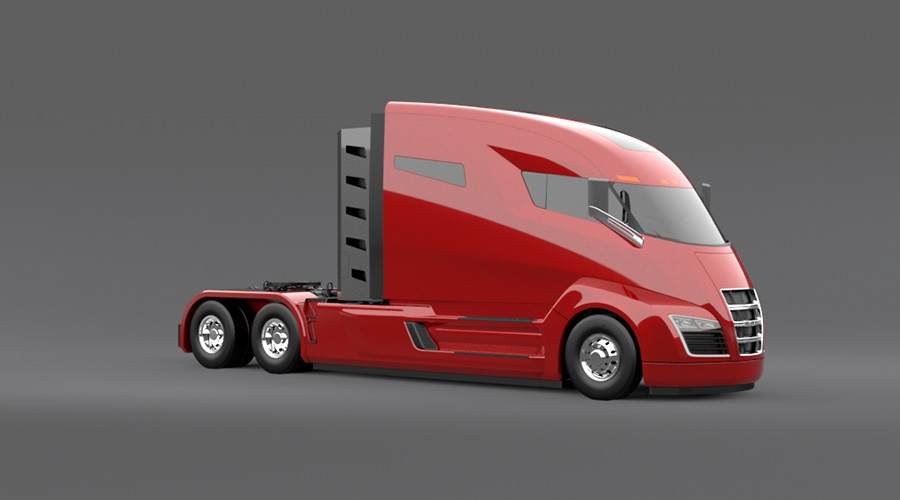 SALT LAKE CITY, UT – With just over four months left before Nikola Motor Company unveils its highly-anticipated Nikola One electric truck, the company has suddenly abandoned plans to use a natural gas-fueled turbine to generate electricity off the truck’s drive system, and instead opted for an emissions-free hydrogen-electric fuel cell.

The 800V fuel cell is expected to be able to allow the 2,000-horsepower class 8 electric truck to have a driving range of more than 1,931 kilometers between fill-ups.

“The desire to be 100% emission free in the U.S. and Canada is a critical piece of our long-term engineering and environmental efforts, not just in vehicle energy consumption, but also in how energy is produced,” announced Trevor Milton, CEO of the Nikola Motor Company.

Nikola says it will produce hydrogen from its zero-emission solar farms that produce over 100 megawatts each and use electrolysis to create hydrogen from water.

“Even our manufacturing facilities will be run off of zero-emission hydrogen energy,” added Milton.

Nikola says it plans to have a nationwide network of over 50 hydrogen stations for customers to begin fueling by 2020.

The CNG turbine version of the Nikola One will be available for other countries where hydrogen is not readily available.