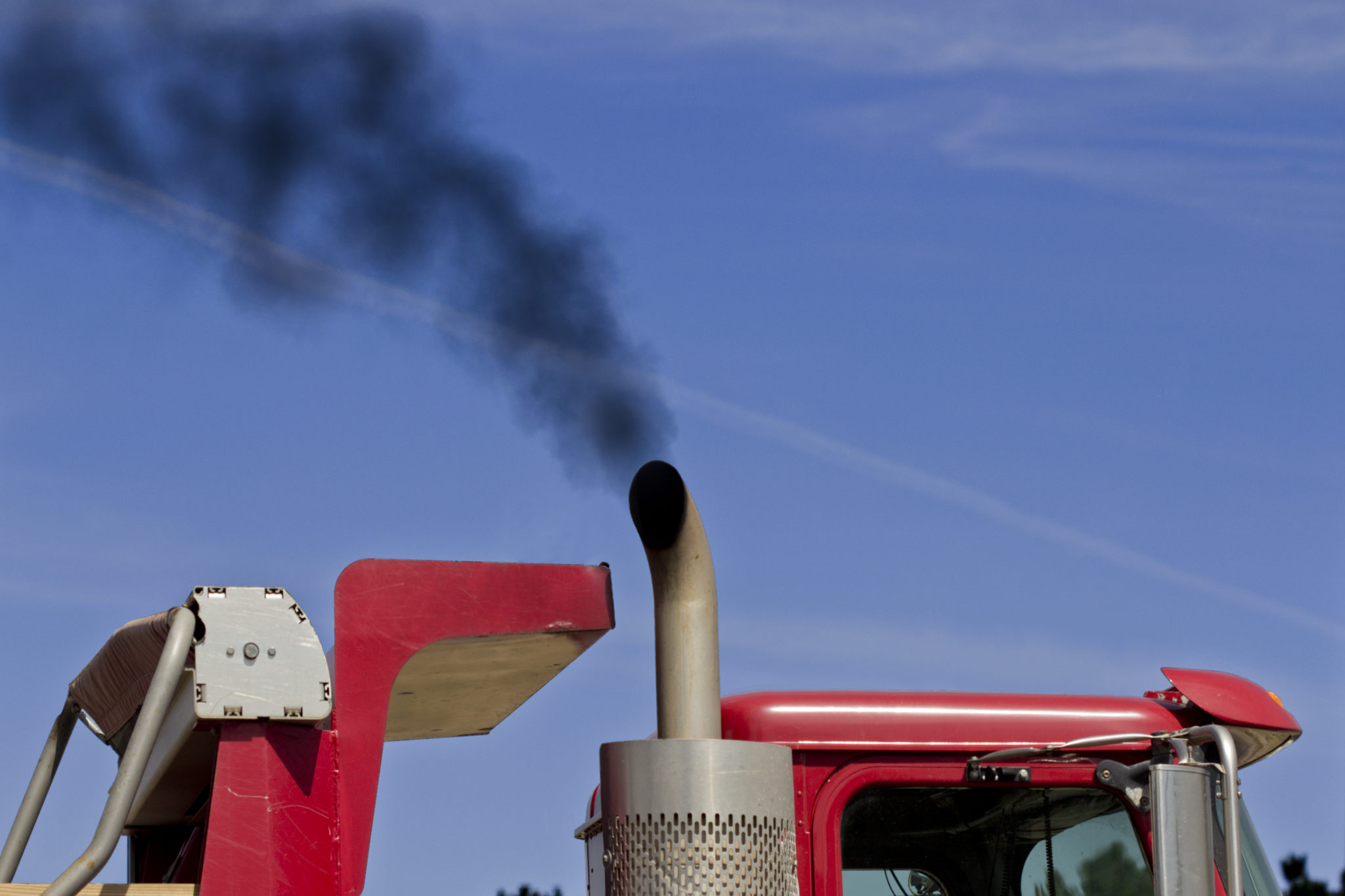 The thresholds for opacity-related tests will be based on model years.

TORONTO, Ont. – Ontario will increase its focus on truck emissions in 2020 as the province prepares to crack down on anyone that bypasses emissions controls, and includes equipment from other jurisdictions in on-road enforcement efforts.

New tests established by the Ministry of Environment, Conservation and Parks will focus on ensuring that required emission control systems are in place and operating as they should, in a fight against tampering and the use of so-called “delete kits”. The sale of emissions control defeat devices will also be prohibited.

“Further changes to emissions testing requirements would take place in 2021 when the integrated vehicle safety and emissions testing program is proposed to come into effect,” a Ministry of Environment, Conservation and Parks spokesman told Today’s Trucking. A related regulatory posting is anticipated to be posted by the Ministry of Transportation in early 2020.

As of July 1, 2020, Ontario trucks with a registered gross weight of 4,500 to 6,350 kg will have to pass an electronic diagnostic check of their emissions systems. Those test requirements are ultimately to align with the Ontario Ministry of Transportation’s Periodic Mandatory Commercial Vehicle Inspections, creating a single electronic record.

Vehicles that are six years old or newer will be able to forego opacity-related tests – those traditionally associated with the province’s Drive Clean program as well as roadside enforcement – if they pass the electronic diagnostic tests and inspection of emission components.

But the opacity-related tests that are conducted will include tighter thresholds.

Emissions cannot be visible for more than five seconds during a one-minute period, representing a shift from original limits of 15 seconds in five minutes. Trucks with a model year of 2008 or newer will now have exhaust limited to an opacity of 20%, compared to a previous threshold of 30%. Trucks with model years of 1991-2007 will face a threshold of 30%, while older trucks will be limited to 40%.

“The new threshold is more appropriate for newer vehicles which were manufactured designed to minimize smoke and soot,” the Ontario Ministry of Environment, Conservation and Parks says, referring to changes to the Heavy Diesel Commercial Motor Vehicle Emissions Testing Program.

The Ontario Trucking Association (OTA) has been lobbying against on-board diagnostic tests — which can take two to three hours per truck — and opacity tests, citing the high pass rates through the Drive Clean Program. But it has been calling for the crackdown on the tampering of emissions controls and speed limiters.

“This program will reduce red tape on our business and effectively target non-compliant trucking companies that tamper with their emissions and ensure those who pollute in our province are held accountable for their actions,” said Carmen Transportation Group president Vince Tarantini, during an official government rollout of the plan.

Ontario Trucking Association chairman David Carruth stressed that the rules will help ensure all fleets are on a level playing field and “not using environmental non-compliance as part of their business strategy.”

Physical inspections of emissions controls will watch for factors such as empty or contaminated diesel exhaust fluid tanks; cracked or leaking diesel particulate filters; and cracked catalytic converters, among other issues.

A working group is also being formed to look at options including “appropriate incentives and burden reduction measures” for those that consistently demonstrate cleaner fleets, and strategies for older diesel-powered equipment produced without emissions controlling equipment or on-board diagnostic systems.

Light-duty vehicles, however, will generally get a pass. Ontario cancelled its Drive Clean program for aging light-duty vehicles in April 2019 – shedding an estimated $40 million in annual costs — because virtually all the vehicles were passing their tests.

The rules pertaining to light-duty emissions controls still apply, and the systems have to be present and operating, but the annual testing is no longer required for aging vehicles.

There is clearly room to improve on the emissions front.

“There is a yawning gap between our ambitious climate commitments and the scale of climate action on the ground,” said Bryan Purcell, The Atmospheric Fund’s vice-president of policy and programs.

The higher emissions are not all attributed to commercial vehicles, of course. But the transportation emissions rose on a per-capita basis between 2015 and 2017 because of higher traffic volumes, bigger vehicles, and congestion.

The uptake of zero-emission vehicles has bogged down.

In terms of electric truck production, Quebec is home to Lion Electric, and the powertrain producer Dana TM4. B.C. is home to Ballard Power Systems, which focuses on fuel cells. BYD, a Chinese-based manufacturer, had announced plans to assemble battery-electric trucks in Ontario, but those plans were shelved after the province ended electric vehicle rebates.

“Without incentives and infrastructure improvements supporting their uptake, EVs are unlikely to lead to substantial reductions in transportation emissions,” The Atmospheric Fund concludes.