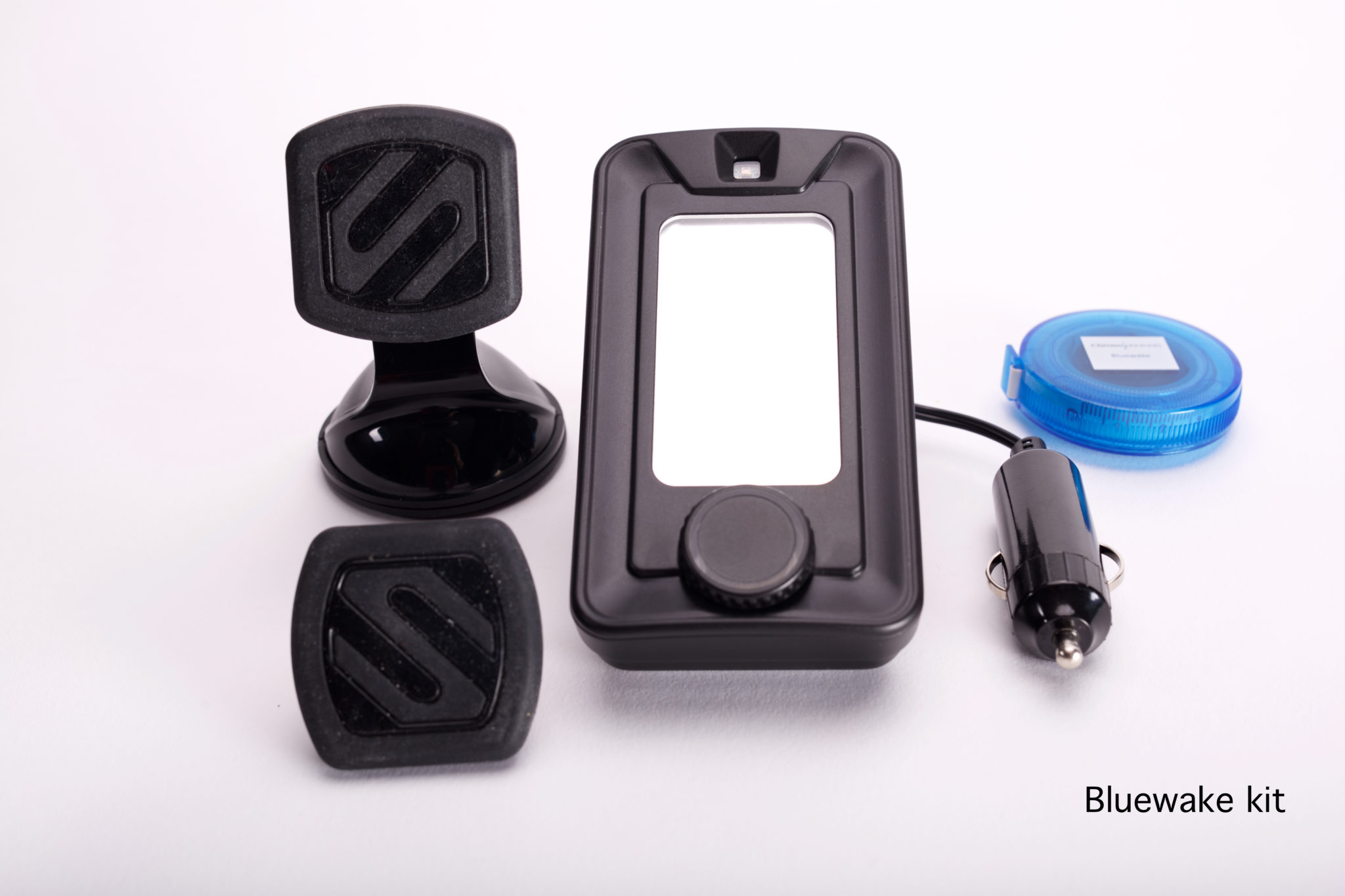 Bluewake uses a modulating blue light to trick the brain into believing that nighttime is day.

MISSISSAUGA, Ont. – A Quebec-based startup believes it has established a tool to tackle drowsy driving during night shifts, using a dashboard-mounted system that exposes drivers to a modulating blue light.

Chronophotonix’s Bluewake was developed by Prof. Marc Hebert of Laval University, who studies photobiology — the effects of light on the brain. He is also the director of the Cervo Brain Research Center at Laval, and founded Chronophotonix in 2007 in collaboration with the university.

“Marc had developed a system that stimulates alertness, using blue light, which is duplicating natural phenomenon. The biological clock reacts naturally with the presence of blue light,” said Jacques Denommee, president and CEO of Chronophotonix. “We are modulating, artificially, blue light for truck drivers in order to stimulate the biological clock to [make their brains] believe it is daytime during nighttime.”

A venture capitalist, Denommee said he got involved in the project in 2016 after the university approached him to see if the technology could be turned into a business.

It took seven years of incubation for the technology to come to the market as a product, which has been available since February at $750 per unit. Currently some 200 devices are being tried out by six clients, and the company hopes to have 1,000 units deployed in Canada and the U.S. by June 2020, Denommee said.

Chronophotonix has received Canadian, U.S. and Australian patents for Bluewake.

“We filed a new PCT [patent application] also on blindness management. We’ve to make a lot of effort to make sure we are not blinding people,” Denommee said.

To help workers returning home after night shifts, the company also provides glasses that filter out a morning’s blue light to maintain the brain in night mode, again by fooling the biological clock.

“That helps the production of the sleep hormone melatonin, and facilitates better sleep during the day,” Denommee said.

He said more money is being invested to ramp up production of Bluewake as carriers are expressing interest in large purchases.

Various studies have cited sleeplessness as a major reason for chronic driver fatigue, which leads to drowsy driving. In the U.S. alone, drowsy driving was responsible for 72,000 crashes, 44,000 injuries and 800 deaths in 2013, the most recent year for which data is available, according to the National Highway Traffic Safety Administration.

“We need to find ways to mitigate that fatigue,” said Hebert, pointing out that reduced alertness is the third cause of accidents after speed and alcohol. “The best things will be for the truck drivers to stop and sleep for a while and go back, but this is not always possible.”

The device isn’t for everyone. Hebert acknowledged that it might not work for all night workers because some people are very sensitive to light. In a small trial involving 48 night workers, eight people were “dazzled”, he said.

Trials with truck drivers showed a similar level of sensitivity.

“So, they may not like having a stimulating light in their truck.”

Overall, though, the device will help enhance safety on the roads, by keeping most drivers awake and alert, Hebert said