“It sucks,” the latest holder of the Sean McAlister High Points Canada Award says with a wide grin on her face. But for a couple of unanswered questions on the written exam, and falling a bit short on the inspection of a motor coach, the top of the podium would have been hers. Instead, the grand champion is Jeremy Usener of the Texas Department of Public Safety. He was also the one who edged ahead of her in the North American Standard Hazardous Materials/Dangerous Goods and Cargo Tank/Bulk Packaging inspection that covered such things as labeling, placarding, and identification.

“It was really exciting. It was a lot of pressure because in Ontario we have had four grand champions, which is more than any other jurisdiction in the [competition’s] 26-year history,” Sarasin says of the experience. “Seventeen years ago, the first female champion was from Ontario, and there hasn’t been a female champion since Kerri Wirachowsky.”

Just three of this year’s competitors were women.

The competition is run over several days, featuring a timed 80-question exam, hazardous materials inspections, Level 1 inspection, and motor coach inspection. All the while, the 52 competitors from across North America need to keep a close eye out for planted defects.

“It was awesome. Best experience of my career by far,” Sarasin says. “Spending a week with 51 like-minded individuals who are passionate about road safety, and go out there day to day and make a difference on the road, was incredible. I made friends that I will have for life, so it was awesome.”

Her only disappointment is that Ontario – unlike many other jurisdictions – only offers its provincial champions a single shot at the North American title. “If I could go back, I would win it,” the competitor adds.

Sarasin made the championships after first being hired about a decade ago, attracted to the job after witnessing an inspection blitz on taxis in Port Perry, Ont.

“I thought that was a cool job,” she said. Still does. “You get to do enforcement, but you get to get dirty at the same time. It’s kind of cool, being outside and being able to crawl vehicles and identify defects and get crappy vehicles off the road.”

If her name seems familiar, it could be through this website. Sarasin worked with Today’s Trucking editor John G. Smith on a video series describing CVSA inspections in detail.

The only difficult thing about the role is negative feedback from those who scrutinize the role, she says. “I think generally people don’t appreciate the job we do. They don’t see the lives saved. They just see the punitive measures.”

But Sarasin confident that they make a difference.

One thing in particular is sticking with her following the competition itself. She pulls out her cell phone to play a video that she took while being led to the stage to stand on the podium. Drivers, who were in the crowd for the American Trucking Associations’ National Truck Driving Championships, are reaching out with words of congratulations and thanking Sarasin for her service.

Today she’s making a point of thanking drivers who roll onto the scale with equipment in good condition.

Next year’s North American Inspector Championship is scheduled for Aug. 13-17, in Pittsburgh, Pa. 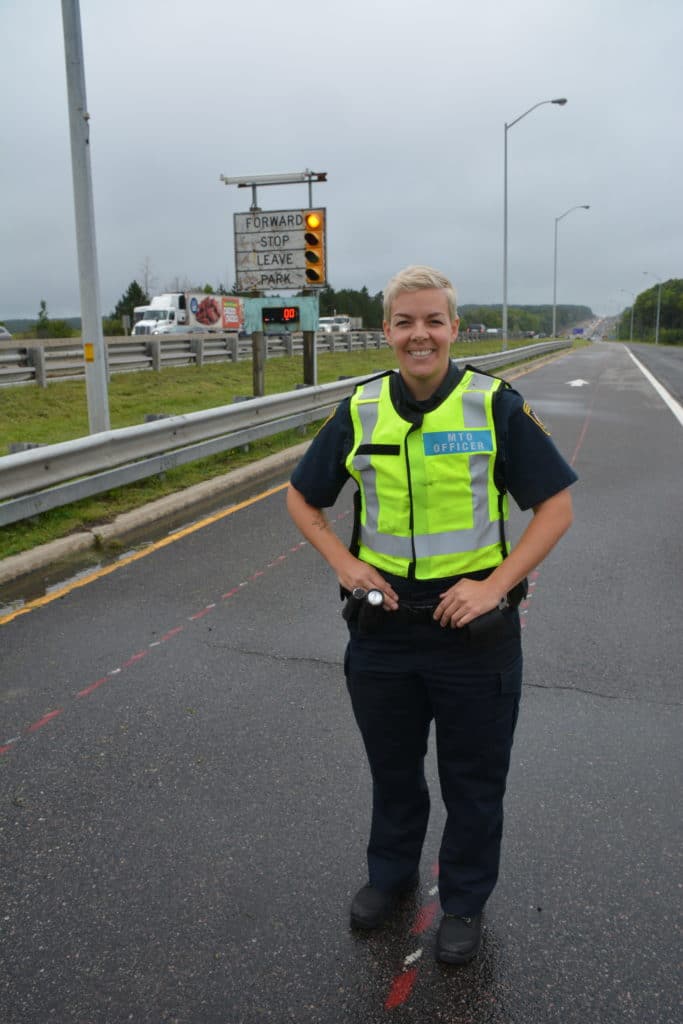 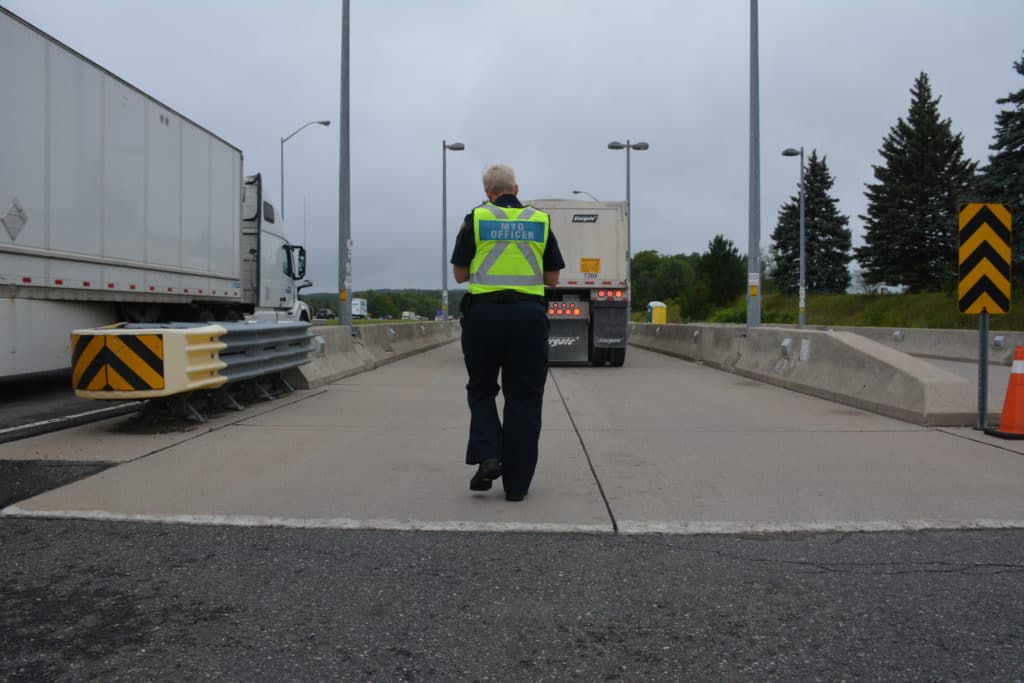 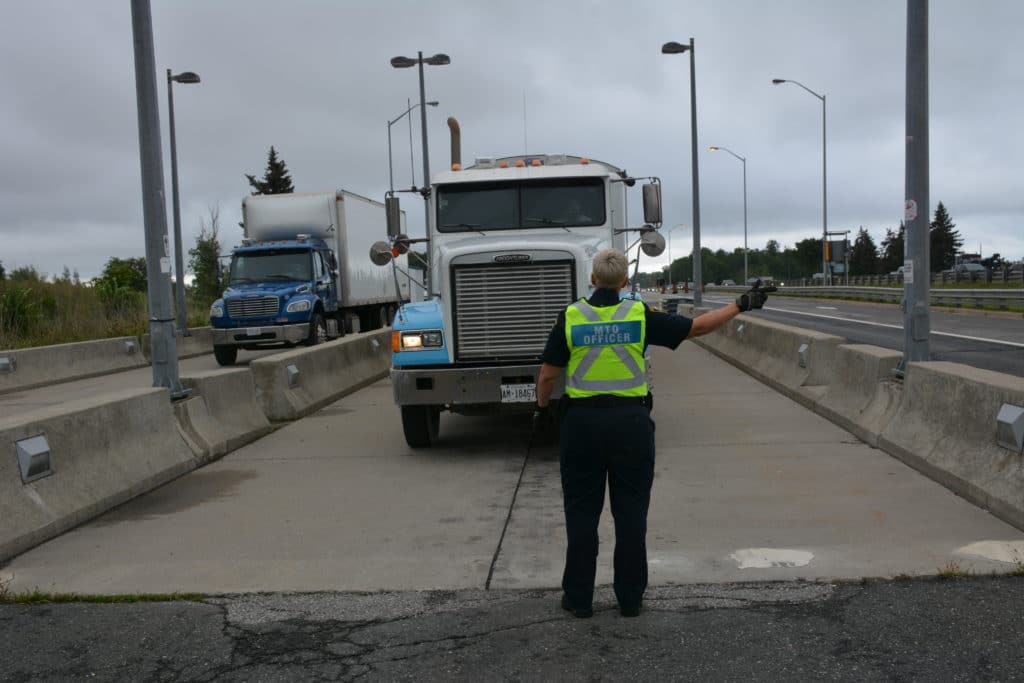 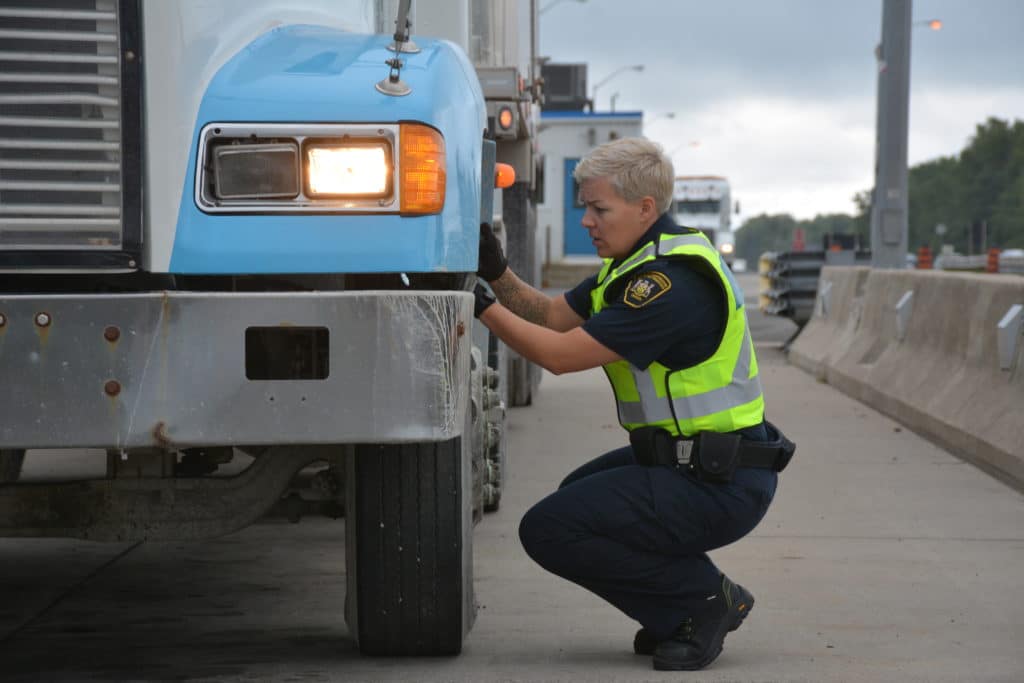 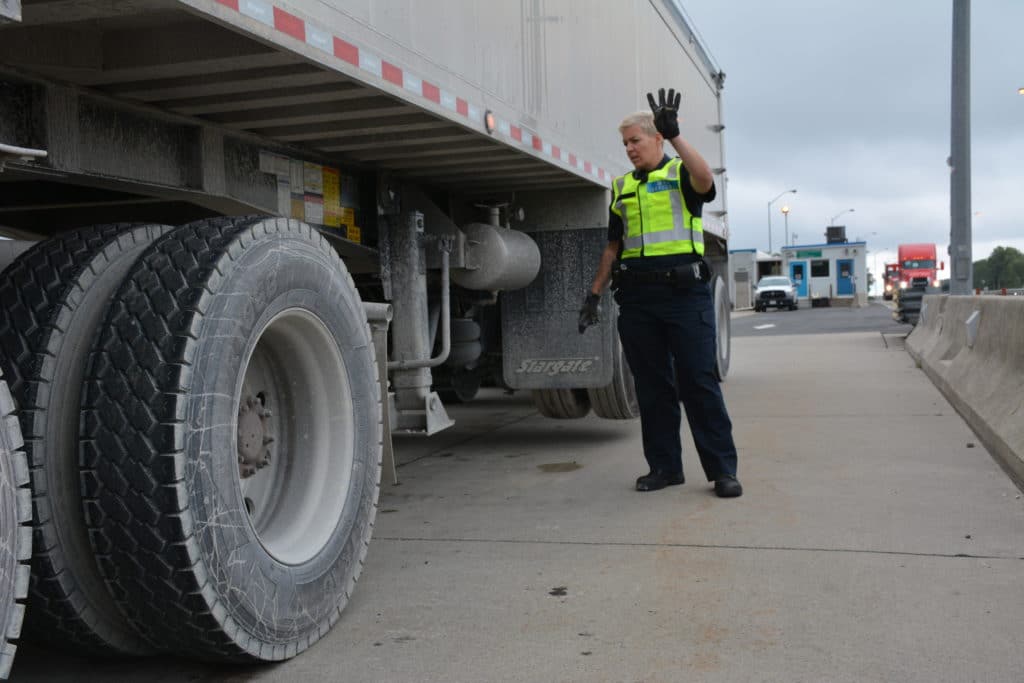