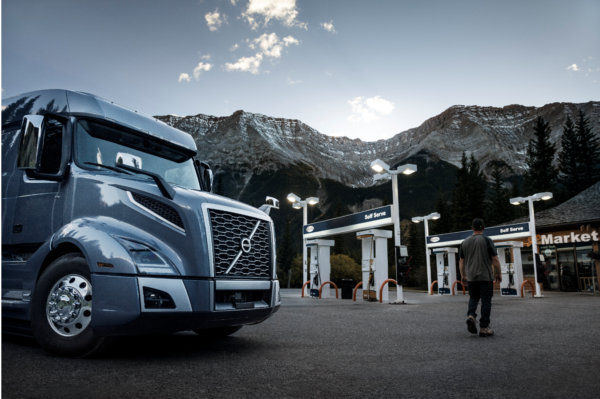 Volvo Trucks‘ new Parameter Plus subscription package expands on the company’s over-the-air (OTA) programming capabilities, allowing up to 50 parameter updates per year. Software updates for engines and transmissions can be completed in less than 20 minutes, and the parameter […]

Mack Trucks has expanded its over-the-air software and vehicle parameter capabilities, offering more updates for those with 2017 GHG Mack engines and factory-installed hardware. Mack Over the Air was launched in February 2017 with updates for powertrain components and vehicle […] 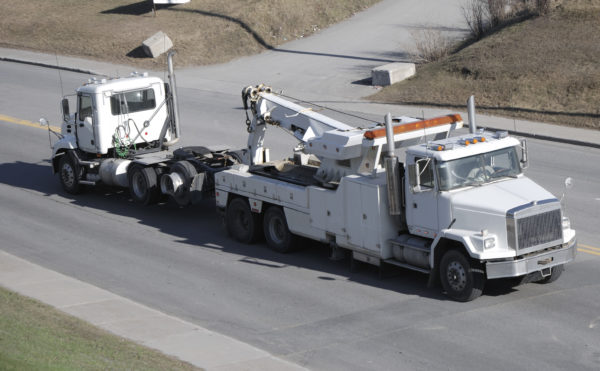 Highway Robbery: The push is on to tackle clearance practices, excessive tow fees

TORONTO, Ont. — Guy Broderick couldn’t believe the towing invoice that appeared in front of him. The task seemed so simple. An APPS Transport truck only had to be towed a single exit down Highway 401. The clean-up involved nothing more than a bit of coolant that had spilled through a failing lower rad hose. The tow alone cost $2,531 – and that’s after Broderick negotiated a $1,000 discount. The coolant cleanup was billed at another $2,260, which included a $2,000 flat-rated “environmental” fee.

TORONTO, ON – The Ontario Ministry of Transportation is extending a trial of 60-foot trailers beyond the retail sector.

Permits are now based on Commercial Vehicle Operator Record (CVOR) rather than a semitrailer’s Vehicle Identification Number (VIN), the Ontario Trucking Association reports. But the permits – one for each semitrailer — will list all VINs included in the trial. Participating carriers are limited to eight permits, and just four in the first year of a trial.

TORONTO, ON –  Ontario is getting a new Minister of Transportation.

In a cabinet shuffle happening today, Premier Kathleen Wynne is moving Minister Steven Del Duca from the transportation portfolio to Economic Development, and has tapped Minister Kathryn McGarry to replace him.

TORONTO, ON – The final details on Ontario’s Green Commercial Vehicle Program (GCVP) are now available from the Ontario Ministry of Transportation.
GCVP provides rebates to fleets and owners for the purchase of environmentally-friendly and fuel-saving vehicles and technologies purchased after Sept. 1, 2017, including up to 50% of the incremental cost of a new electric truck, or an electric auxiliary power unit (APU).
The program championed by groups like the Ontario Trucking Association (OTA) aims to make it more affordable for businesses reduce their carbon footprint while helping the province meet its goals under the Climate Change Action Plan to cut greenhouse gas (GHG) emissions to 37% below 1990 levels by 2030.
OTA president Stephen Laskowski says after two years working on the project the group is delighted to see GCVP implemented.
“[Ontario Transportation] Minister Del Duca has once again shown leadership by reinvesting carbon fees paid by our industry back into our sector, so that our industry can continue on the path of environmental advancement in Ontario,” he said. 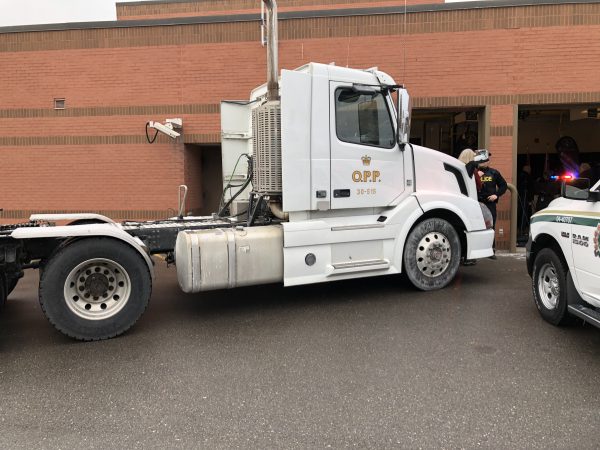 TORONTO, ON – The Ontario Provincial Police (OPP) are conducting a blitz this week on the province’s highways, paying special attention to heavy-duty commercial vehicles, and they’re doing it from a new angle.

OPP Deputy Commissioner Brad Blair said the group is using the two OPP Class 8 tractors – normally reserved for hauling police vehicles around Ontario – during the week to give them a better view of distracted drivers in the Greater Toronto Area.

“Starting with this initiative, we are enhancing our observational investigative abilities on the road. Officers will now be conducting patrols in transport trucks,” said Blair. “By giving our officers an enhanced vantage point they will be better positioned to detect transport truck drivers that are distracted, or engaging in other dangerous behaviors behind the wheel.”
Officers across the province, along with aerial patrols, will also be participating in the blitz the OPP is calling Operation Safe Trucking.
Blair said the Highway Safety Division of the OPP has responded to more than 6,200 collisions involving commercial motor vehicles (CMVs) on provincially patrolled roads since the beginning of 2017. Of those 72 were fatal, causing the deaths of 87 people. More than 1,000 others involved personal injury. More than 5,000 of the crashes involved property damage.
Blair says collisions have real social and economic impacts even for those not involved in them directly, with everything from the loss of life, to medical treatment costs, loss of productivity, and the disruption in the movement of goods and people due to highway backups costing business and individuals.
“The vast majority of [collisions] are attributed to poor driving behaviors, and they are completely preventable,” said Blair.

TORONTO, ON – The Ontario Trucking Association has unveiled a new sales council, building on the earlier rollout of a dedicated finance council.

TORONTO, ON – The Ontario Trucking Association (OTA) released a five-point action plan for improving truck safety this morning.
The plan aims to work with law enforcement officials to assure the public that safety on the roads is the top priority of fleets owners, drivers, and other members of the industry, after a recent string of crashes involving commercial motor vehicles on Ontario highways had Ontario Provincial Police (OPP) Commissioner Vince Hawkes calling trucks “missiles.”

TORONTO, ON – The Ontario Ministry of Transportation (MTO) and the Ontario Trucking Association (OTA) have announced a “made-in-Canada” approach to harmonizing regulations for Stinger-Steer auto carriers.
Earlier this week MTO launched the Extended Stinger-Steer Auto Carrier (ESSAC) Special Vehicle Configuration Permit Program.
Carriers and other industry groups have been asking for an overhaul to the Ontario regulations surrounding the auto carriers since the passage of the FAST act in the U.S. in 2015 changed regulations to things like length, and front and rear load overhang limits south of the border. 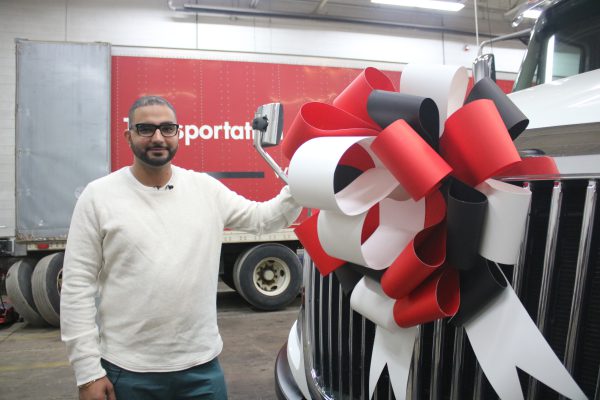 TORONTO, ON – The smoke pouring into the truck was thick and there were just moments to act when Ickroop Mangat, just 23-years-old, and his trainer Dave* were involved in a multi-vehicle collision during a sudden, zero-viability snowstorm outside Montreal last Winter.
The new driver for Kriska Transportation acted in a heartbeat, kicking in the driver’s side window and crawling out of the cab before helping his instructor out behind him. Panicked and on fire, the instructor ran from the truck, but Mangat tackled him to the ground, practicing the ‘stop, drop, and roll’ method to put out the flames and save the man’s life.
His actions on that day earned Mangat the Bridgestone-Ontario Trucking Association Truck Hero Award at their annual conference last week, but Mangat says he’s no hero. 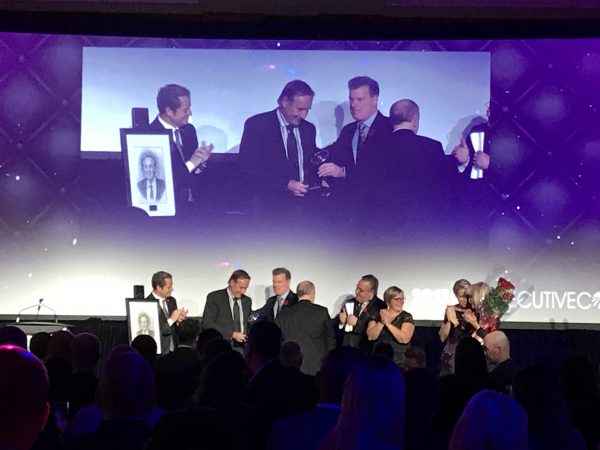 TORONTO, ON — Brian Taylor, the founder of Liberty Linehaul, has been presented the Omnitracs-Ontario Trucking Association Service to Industry Award. 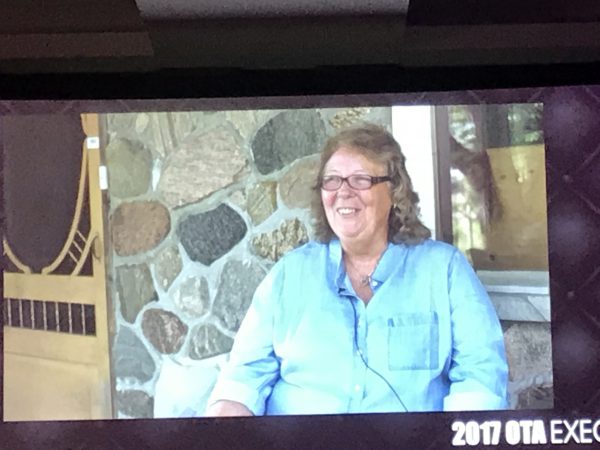 TORONTO, ON – Karin Macintyre was once told she was the 5,000th woman in Canada to hold a commercial driver’s licence. Now she’s the first woman to be named Volvo Trucks – Ontario Trucking Association Driver of the Year.

TORONTO, ON – The Ontario Trucking Association is coming to the defense of the industry’s reputation following a series of high-profile commercial vehicle collisions.

Citing figures from the Ontario Ministry of Transportation, it notes that mechanical fitness plays a role in fewer than 2% of fatal collisions involving trucks, and of those collisions the truck driver was driving properly 70% of the time.

“This data reflects the elevated level of commitment to road safety by both professional truck drivers and fleet managers, but it also shows that if we are going to improve truck safety in any meaningful sense, the opportunities are related to human factors,” said association president Stephen Laskowski.

TORONTO, ON – With several truck collisions this month shutting down major Ontario highways for hours at a time, the Ontario Trucking Association (OTA) and the Ontario Ministry of Transportation (MTO), and well as the Ontario Provincial Police (OPP), are working together to create safer roads, and clear them faster after a crash.
The groups announced the formation of two committees this week to address highway clearance procedures and strategic truck safety enforcement.
OTA President Stephen Laskowski said by working together the groups could develop joint goals and strategies on these issues and more effectively execute them to improve highway safety.