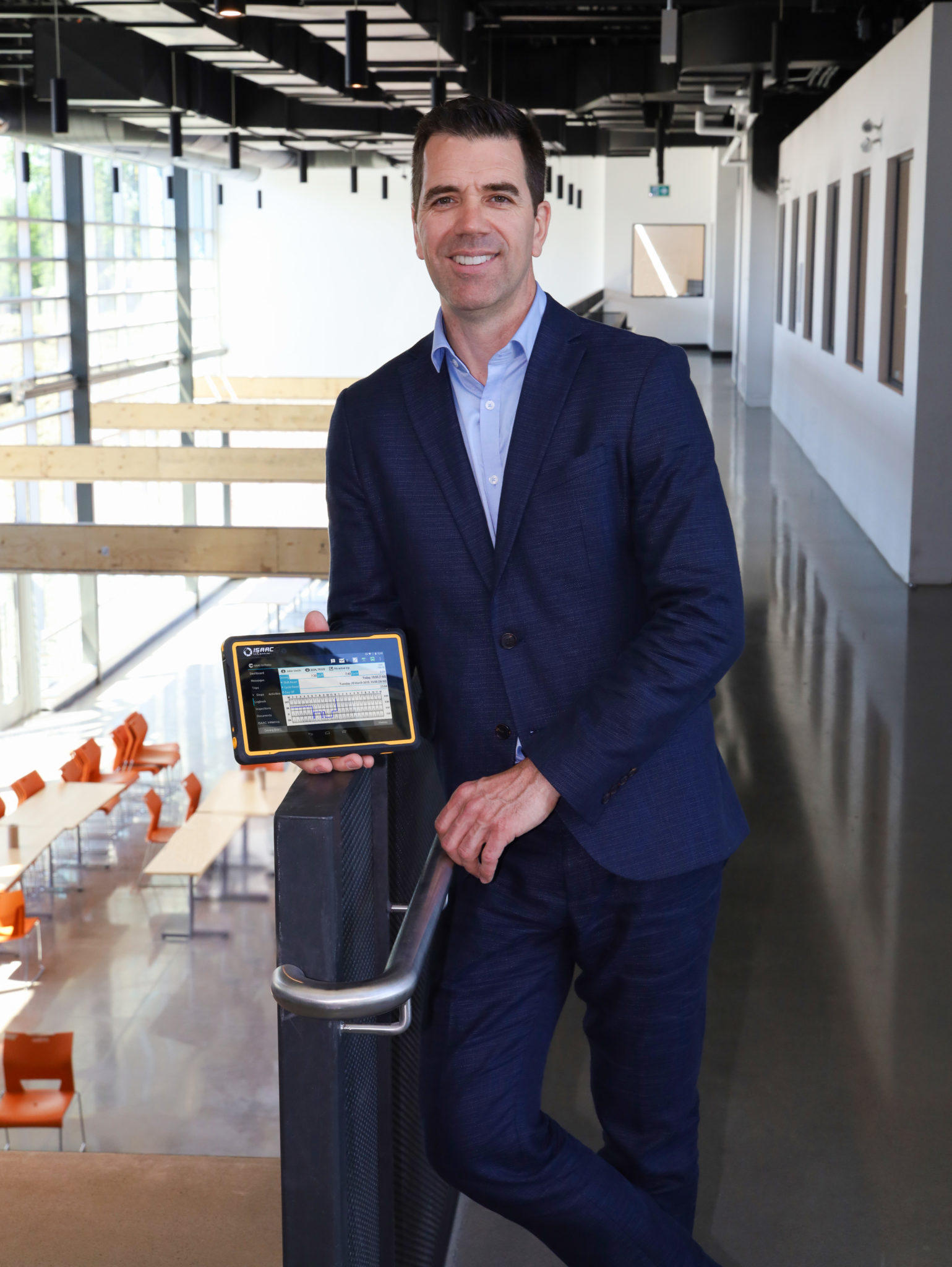 “To serve you better, please enter your account number using the telephone keypad.” We’ve all responded to synthesized voices asking us to do that very thing. And once we get to speak to a customer service representative, the first thing they ask for is … the very same account number.

Truck drivers understand the frustrations all too well. Once they pick up a given trailer from a yard, they can be required to enter the same identifying information time and again. Missing pieces of information in a logbook can lead to the “form and manner” violations that come with unwanted fines.

“The system already knows that information, it doesn’t need the driver to repeat it,” insists Jacques DeLarochellière, president and founder of Isaac Instruments, headquartered in the Montreal area.

Yet today’s drivers are often left to “drive a little and manage a lot,” he says, referring to time-wasting administrative tasks such as reporting on hours of service or pre-trip inspections, or dealing with Customs or fuel tax documents.

Capturing data, and using it to better manage a fleet, can make the difference.

“In God we trust, others bring us data,” is a phrase DeLarochellière likes to use.

He also prefers to reference telemetry rather than telematics. Telematics is any form of communication between a human and a truck, he explains, referring to the term as “high-intensity telematics.”

Before Isaacs Instruments opted to focus on the trucking industry, it was a consultant for vehicle manufacturers that were testing equipment on proving grounds, tracking up to 1,000 pieces of information per second across hundreds of different parameters.

“In the transportation industry, we’re sometimes seen as extraterrestrials with a hundred samples per second on 40 parameters,” he says. Conventional truck telematics can involve measuring around four or five parameters every 10 seconds.

The push to make powerful connections hasn’t stopped there.

Isaacs Instruments has also developed a hot spot wi-fi zone around the trucks equipped with its technology, enhancing communication capabilities for the machine and the driver in an environment dubbed the “Internet of Trucks”.

The interest in data-driven performance can be traced to DeLarochellière’s late teen years, when he was driving race karts.

His entrepreneurial bent came early in life as well, when he bought cars at auctions, fixed them, and resold them for a profit. By the time he was 15 he had secured a job at a Montreal garage, eager to drive cars back into the garage when the work day was done. Then came an education to earn a bachelor’s degree in mechanical engineering.

But despite the lifelong love of cars, DeLarochellière rejects any suggestion that a tractor-trailer might be less interesting than a racing machine.

“Both are beautiful beasts and a challenge to tame,” he says.

The entrepreneur is proud of the business that has come about. He says Isaac has secured more than half of the truck telematics business available in Quebec. And along with vice-presidents David Brillon and Jean-Sébastien Bouchard, they have grown the business organically, self-financing everything along the way.

As important as the organic growth has been, the former race car driver emerges when he speaks about goals to be the largest telematics provider in Canada. “You have no idea how much I hate being second,” he says.

It was among the suppliers that learned a few lessons as American customers were pushed to comply with a similar – but different — mandate in the U.S.

“ELD supplier self-certification was a complete fiasco,” DeLarochellière says, contrasting the American approach to Canada’s requirement to have devices certified by an independent third party. He even questions whether half of the U.S. devices would actually meet the technical requirements established by the U.S. Federal Motor Carrier Safety Administration (FMCSA).

Carriers bear the consequences if they’re cited for a violation or involved in a collision while using a non-compliant ELD, he says. “Ultimately, it’s always the vehicle user who’s responsible for compliance, not a device manufacturer,”

It is not the last of the truck-related technologies in his sights. DeLarochellière is interested in the promise of platooning, autonomous trucks, and systems that would manage available parking spaces. But for now, the focus is on truck telemetry.

There are plenty of things to track along the way.