The electric trucks hitting the streets

TORONTO, Ont. – A growing array of battery-electric and hydrogen-electric truck prototypes are beginning to haul freight, mostly in test fleets that will emerge around California in the year to come. Here’s a rundown of some of the trucks looking to make their mark.

The Class 8 BYD (Build Your Dreams) day cab offers a 200-km range with a full load and about 270 km when pulling a half load. With a battery capacity of 435 kWh, it delivers the equivalent of 483 hp and 1,770 lb-ft of torque. One of the first demonstrations involved a Loblaw distribution center in B.C., and BYD investors even include Warren Buffett’s Berkshire Hathaway.

Ryder has already placed an order for 1,000 Chanje panel vans, all to be on the road in the next two years. The battery-electric vehicle promises a 160-km range, featuring a 70 kWh battery capacity. It delivers 198 peak horsepower and 564 lb-ft of peak torque.

Freightliner plans to have 30 electric eCascadia and eM2 trucks in a test fleet before the end of this year. Penske accepted the keys to the first eM2 in December. The eCascadia will draw on four electric motors overall, with hub motors mounted at each end of two drive axles. It will have a 400-km range but require 550 kWh batteries, delivering a peak 730 kW. The medium-duty eM2 has 325 kWh batteries, delivering a peak 270 kW and a 370-km range.

Fuso’s eCanter has a range of about 100 km. (Photo: Daimler)

There are more than 100 Fuso eCanters in operation, being used by customers from DHL logistics in Germany to UPS in the U.S. The electric drivetrain includes six lithium-ion batteries, each storing 13.8 kWh at 420 volts. The batteries collectively weigh about 600 kg, and the vehicle has a range of more than 100 km.

Kenworth and Toyota are joining forces to develop a test fleet of Fuel Cell Electric Vehicles. Hydrogen will be converted into electricity that’s stored in 12 kWh batteries to drive the electric motors. Each of the 10 trucks will draw on 420 kW of power from a pair of carbon fiber fuel cells, based on technology found in Toyota Mirai cars, and have a range of 480 km between charges.

Mack will test a fully electric Mack LR with the New York City Department of Sanitation. Most spec’s are still under wraps, although it will include an integrated Mack electric drivetrain.

The Nikola Two will be a showpiece during the Nikola World event scheduled for April. (Illustration: Nikola Motor Company)

Nikola Motors will be offering test drives of its Nikola Two tractor during an event this April that’s been dubbed nothing less than Nikola World. The hydrogen-electric truck has a range of 800-1,600 km, drawing on 800-volt AC motors and a 240-320 kWh battery capacity.

Peterbilt’s Model 220EV will be among more than 30 test vehicles to be hauling freight within the year. (Photo: John G. Smith)

Peterbilt is expanding its test fleet of electric vehicles to include the medium-duty 220EV. While its electrified 520EV and 579EV have conventional drivelines that connect electric motors and axles, the 220EV uses the Meritor Blue Horizon two-speed drive eAxle. The power itself comes from a pair of TransPower lithium-nickel-manganese-cobalt battery packs, which deliver 148 kWh and 650 volts. Peak power will be as high as 250 kW, while continuous power will reach 200 kW.

Thor is combining its battery technology to a drivetrain being developed by AxleTech. (Photo: Thor)

Thor Trucks has turned to AxleTech to develop an electric heavy-duty powertrain, integrating Thor’s proprietary battery packs based on cylindrical lithium-ion cells. The initial focus is on regional trips of around 480 km. Powertrain options will range from 300-700 hp.

Tesla CEO Elon Musk referred to his anticipated Tesla Semi in an internal email explaining recent job cuts at the company. “Although there are many challenges ahead, I believe we have the most exciting product roadmap of any consumer product company in the world. Full self-driving, Model Y, Semi, Truck and Roadster on the vehicle side and Powerwall/pack and Solar Roof on the energy side are only the start,” he said. (Photo: Tesla)

Tesla CEO Elon Musk offered few details when he unveiled a prototype of the Tesla Semi in late 2017. Most were in the context of facts that might excite car enthusiasts – a bobtail that will reach 97 km/h in five seconds, and a tractor-trailer with an 80,000-lb. gross vehicle weight that will reach the speeds in 20 seconds. It is to draw on four of the same electric motors found in Model 3 cars. Originally scheduled for production in 2019, some reports suggest 2020 is more likely.

Volvo’s VNR electric will draw from technology being sold in Europe. (Photo: Volvo)

Volvo Trucks North America will have an electric VNR regional tractor on the road this year, with plans to commercialize the product in 2020. Specifics about battery capacity and vehicle range are still under wraps, although the propulsion system and batteries will leverage those used in the Volvo FE Electric, now being sold in Europe. 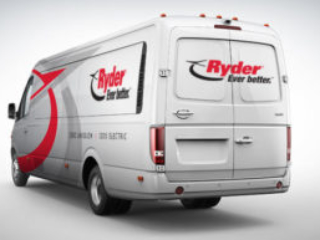 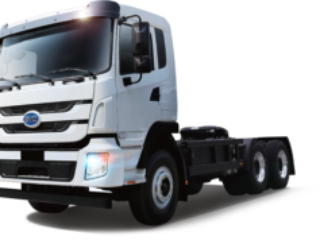 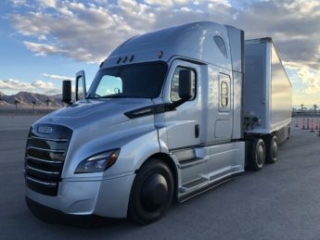 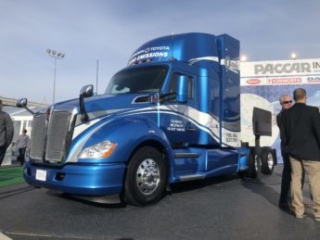 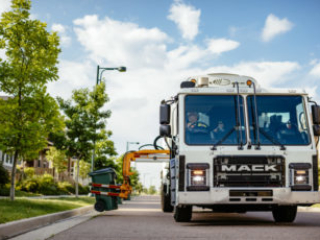 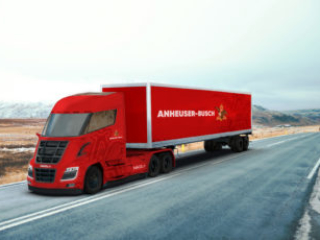 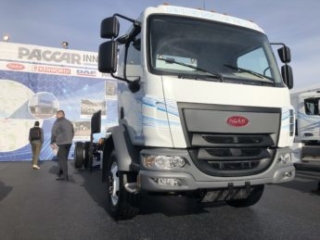 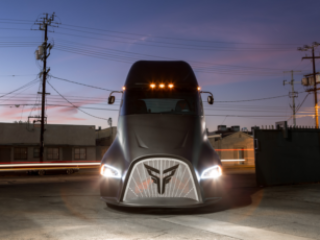 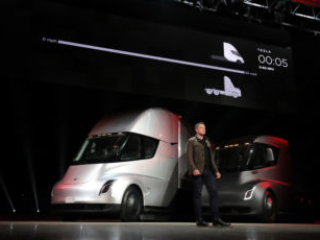 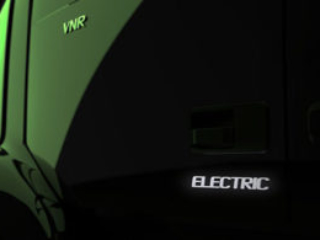 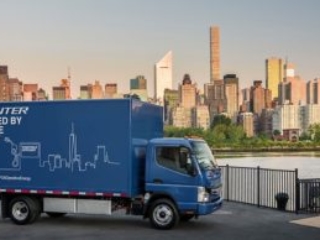