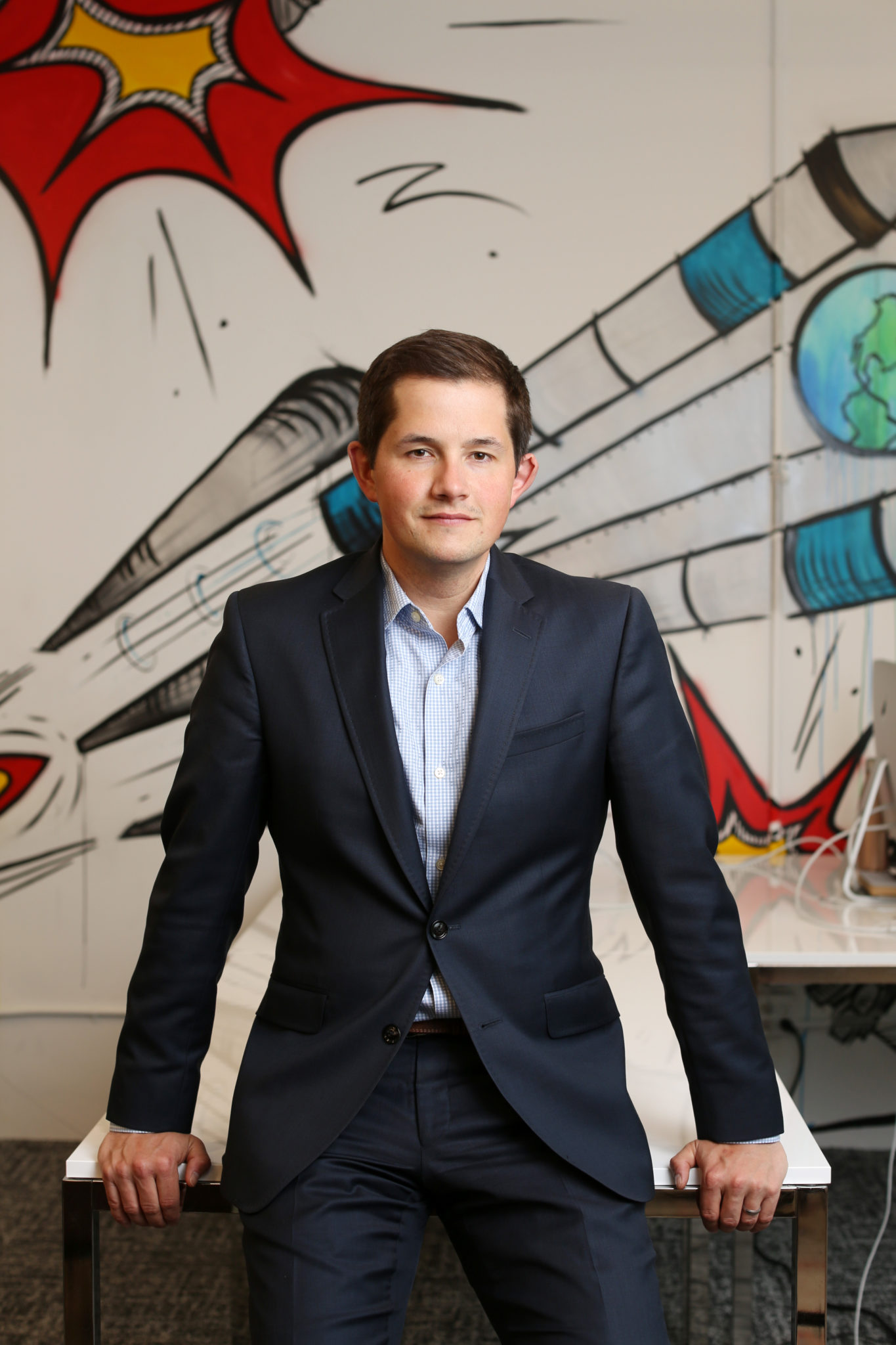 David Coletto of Abacus Data believes his demographic group — millennials — would be a perfect fit for trucking. (Photo by David Chan)

A large share of Canada’s truck drivers are on the road to retirement. Research by the Canadian Trucking Alliance has determined that the average Canadian trucker is 48, making them older than a typical Canadian worker overall.

Against the backdrop of an intensifying driver shortage, some new blood is clearly needed. Attracting candidates born after 1980, however, can be a challenge.

David Coletto, the CEO of Abacus Data, falls squarely within that demographic group at the age of 38 – and his insights about fellow millennials are drawing attention during trucking-focused presentations for organizations like Trucking HR Canada.

Admittedly, he’s not that comfortable delivering such details from the podium. If given the choice, he would let the numbers speak for themselves. Coletto describes himself as an introvert, an observer of people, and is most interested in hearing what they have to say. “I hate small talk,” he admits.

But he’s sharing some big ideas despite that.

He thinks any efforts that fleets make to understand millennials will be a step in the right direction. “All I’m suggesting is to put yourself in the shoes of other people who are not like you, who don’t have the same experience, did not have the same opportunities, or don’t look at the world through the same eyes that you do,” he says, stressing that such an open attitude is actually a sign of great leadership skills.

Opening a business to millennials involves being open to other underrepresented groups, too — such as women, Indigenous communities, people with different cultural backgrounds, he adds.

It would be a mistake to think of millennials as a single group, though. Coletto says the environment in which someone is raised can still have a major influence on the way they approach life, regardless of the demographic group they represent.

“They’re not robots, they don’t all think the same way.”

Look no further than one of Abacus Data’s most prominent research projects for proof. It explored the differences between American and Canadian millennials.

“The economic, political and social environment in Canada and the United States is different,” he explains. As an example, student debt levels are much higher in the U.S. “That has an impact on their ability to buy a home, their ability to think about their future, the choices that they make.”

Through a series of focus groups and surveys, he’s confident that millennials would be a good fit for trucking – even if some fleets would need to change their approach to human resources in the process.

Consider how a job offer might need to be structured. While millennials want to make a decent living, just like any other workers, they will be attracted by messages that focus on the things that the money will empower them to do.

Since millennials want their jobs to be meaningful, they can also be attracted by the chance to work in an industry that literally keeps the Canadian economy rolling forward. And longhaul trucking can certainly offer some of the flexibility and independence that they covet in the workplace.

According to Trucking HR Canada, an estimated 12% of millennials – roughly 1 million people – could be considered warm leads who are interested in such work.

“You are sort of managing your own time, own effort. That’s your own experience in a way,” Coletto says, referring to the draw of life on the open road.

Above all, he believes the trucking industry should be promoting itself more aggressively than it has in the past. There is no option but to change.

He likes to use Blockbuster as an example of organization that didn’t change quickly enough, as compared to Netflix, which saw the entertainment revolution coming. One is now a multi-billion dollar company. The other is a textbook failure.

He’s always careful to anchor advice in numbers, too.

“We use research, we use data to help our clients make better decisions,” Coletto says, referring to the way that Abacus Data research has influenced product pricing and design.

The very name of the company reflects that.

“An abacus is a tool that has been used for centuries to count and to analyze,” he says. Obviously, Coletto and his team use much more innovative methods to collect and analyze data in a modern era, but they “never forget that there are fundamental principles of research that we need to stick by. We can always learn still from the way things were done hundreds, thousands of years ago. That still has relevance today.”

The tools used for the calculations may change, but he’s confident that the power of data remains. When carefully considered, it can steer an industry in new directions.