The moving story of one of Canada’s top truck drivers

Newcom Media has named Ron Pridmore the 2019 Highway Star of the Year.

MONTREAL, Que. — You could call Ron Pridmore a payload specialist.

Over 40 years at the wheel of various moving trucks he has hauled household goods for the likes of prime ministers and hockey players. But Governor General Julie Payette – a Canadian astronaut at the time – was the one who gave him a chance to tour the most famous payload bay of all. That’s when he found himself at the actual controls of the Space Shuttle’s Canadarm robotic arm.

Any questions about the special nature of that tour were put to rest when he looked up to a catwalk to see the other tour groups being held at a distance. The tourists waved. “They thought we were astronauts,” he says with a grin. “We waved back.”

A conversation with the 2019 Highway Star of the Year is filled with anecdotes like that. He can tell stories of work for prime ministers Pierre Trudeau and Jean Chretien, as they moved in and out of 24 Sussex Drive. Trudeau had a lot of stuff, Pridmore recalls. “He was even out there carrying stuff with us.”

But the stories of interactions with hockey players are the ones that put the widest smile on his face. There was Patrick Marleau, traded from the San Jose Sharks, and Kirk Muller, freshly traded to the Florida Panthers. Jason Spezza, then a center for his beloved Ottawa Senators, was the one who left the veteran driver starstruck. When an anxious Pridmore arrived for the move, a helper pointed at his feet. He had rushed to work in his slippers and forgot his shoes.

“All these hockey people, they’re such down-to-earth people,” Pridmore says. The coaches tend to be the best tippers, but the players themselves are ­particularly special. Look no further to the way he has ­decorated his trucks for proof. Decked out for a parade, one unit was plastered with Senators logos and a seven-foot picture of longtime captain Daniel Alfredsson.

“It’s all for the kids,” Pridmore says.

Well, maybe a bit for him as well.

Pridmore has not reported a collision in his 40-year career.

Pridmore clearly takes his career seriously, though. In his four decades as a driver he’s never recorded a collision or insurance claim.

Mark Hudson, the Campbell Moving Systems manager who nominated Pridmore for the national Highway Star of the Year honor, describes him as someone who takes pride in every ­shipment. Equipment right down to the trailer floor is spotless. And he treats client belongings as if they’re his own, Hudson said. It’s a focus that had already secured Pridmore the ­highest-possible rating for a United Van Lines driver, based on customer survey scores and claim ratios alike.

“Try to take pride in your work and respect everyone,” Pridmore says of his secret to success. “People are just too much in a hurry anymore.”

It’s a careful, measured approach that earned him handles like Smooth Operator; a calm demeanor that earns him the familial label of Uncle Ron.

“We just take things as they come and we just deal with it,” Pridmore says of the many challenges that come with the role of a household mover.

His loads are hardly pin-to-pin shipments. The trucks are expected to wind through residential neighborhoods. Many of the VIPs that he has moved also live in gated communities, requiring transfers onto smaller trucks when completing the all-important final mile. “Even in Toronto, old downtown Toronto, with all those little streets, we can’t park on them.”

Crossing the border with household goods presents a planning challenge of its own. In addition to the manifests identifying everything in the trailer, there have to be copies of passports and visas for those who are actually making the move. Most of the time all the paperwork is well in hand before passing Customs, but Pridmore remembers one time when he was pulled aside. The social security number and other documents he had been handed were fake.

“The Customs guy said, ‘Driver, you have two choices. We can either seize your truck or you can go back.” He took the load back to Windsor.

Pridmore can’t imagine any other role in trucking. He was simply lucky enough to stumble into it at a young age when a friend in the moving industry called to ask for help with a load. “Once I got in there, I was done,” he said. “Every day is actually a different day because you move different people, and you get the pleasure of seeing people from so many different walks of life.”

Sometimes he’s been lucky enough to have his wife of 40 years, Claudette, come along for the ride. During those trips they were joined by the “real boss” – a Pomeranian named Frodo. Both of them earned the right to have their names painted on the passenger door.

The Highway Star of the Year honor comes with a $10,000 cheque, all-expenses trip to ExpoCam, and other gifts.

A compassionate and caring truck driver

“Ron is not only a competent, professional driver, he is also a compassionate and caring human being,” Hudson added on the Highway Star nomination form.

It’s reflected in the way Pridmore commits to helping the fellow movers he’s never actually met, sharing insights and tips through a Movers Information Bureau page he established on Facebook in 2014. It now counts almost 4,500 members including drivers, helpers, company owners, and office staff. Posts include those looking to contract labor, or requests for information on Customs requirements. Sometimes the questions are asking about a place to stay or tips on truck repairs.

A related mentorship program that he established in 2018 now connects new movers with veterans, helping to answer questions of every sort. Pridmore makes the connections based on bios provided by the mentors.

“I wish I would have this years ago,” he says of social media. “I’m pretty amazed at it because I’m not the most computer-
fluent person.” Working in the industry for 40 years means he can remember the days of Telex machines and faxes, let alone email. “Now you do so much on your phone you could run an entire business.”

The social media platform even gave him the opportunity to raise $8,000 in the fight against breast cancer, selling pink T-shirts that he had produced at a personal cost to ensure all the funds went to charity. Marleau gave him an autographed hockey stick that he was able to auction for $1,000 in the name of the cause.

“My wife had it twice, so it was pretty special to me,” Pridmore says of breast cancer. “Everybody was so supportive. I got overwhelmed.”

In one recent trip through Oklahoma the veteran driver also played the role of lifesaver. Traffic had come to a halt when he heard a report about someone threatening to jump from a nearby overpass. Recalling the story about a similar situation in Canada, he keyed the CB and called for fellow drivers to line up underneath to prevent a fatal plunge. “They were able to talk him down.”

His hobbies support others as well. The model trucks that he builds with a focus on the perfect company colors and markings tend to be presented as gifts, personalized to a level that includes pictures of drivers looking through the cab windows. “I put their names on them, make them as exact as I can.”

His personal collectables are connected to trucking, too. His United Van Lines memorabilia includes hats dating back to the 1950s. “I’m not allowed to move because nobody would help me. I’ve accumulated too much stuff,” he jokes.

The connection to history even led him to paint his 2010 Lone Star in United Van Lines’ 1950s colors.

Pridmore is now scaling back his workload somewhat. He just sold his 2014 Volvo VNL 780 – what he refers to as his latest “last truck” – and picked up a medium-duty van to focus on overseas moves as a contractor for AMJ Campbell Movers. Tractors will be rented as needed.

But the driving continues, even if the lanes are shorter than the ones that have taken him across Canada and the U.S.

“It’s in your blood,” he says of the trucking industry. “That’s the thing about it.” 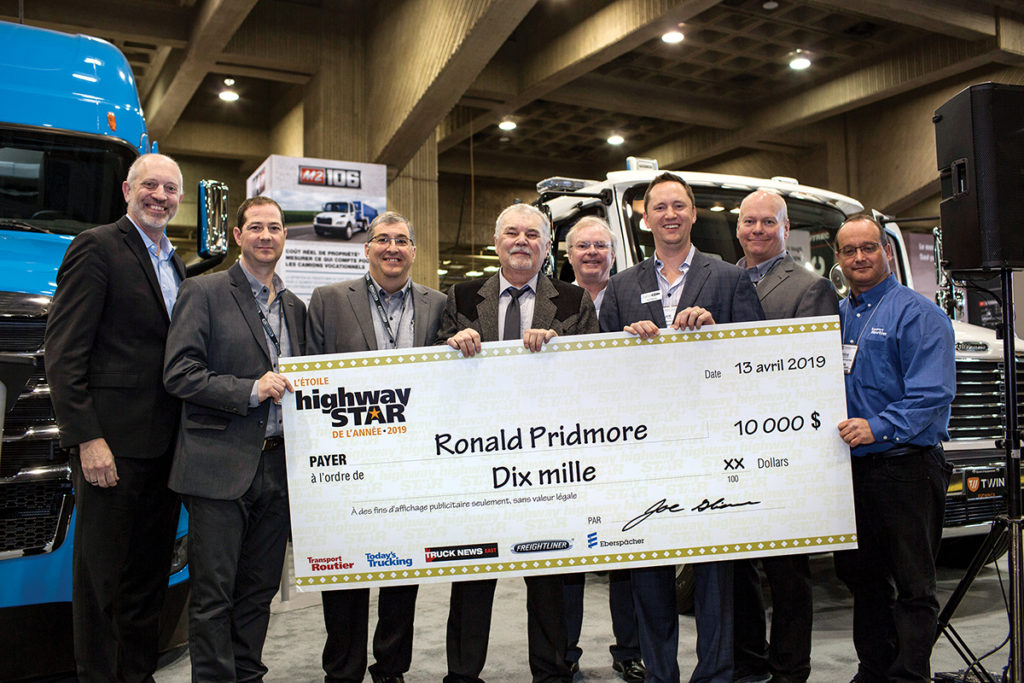 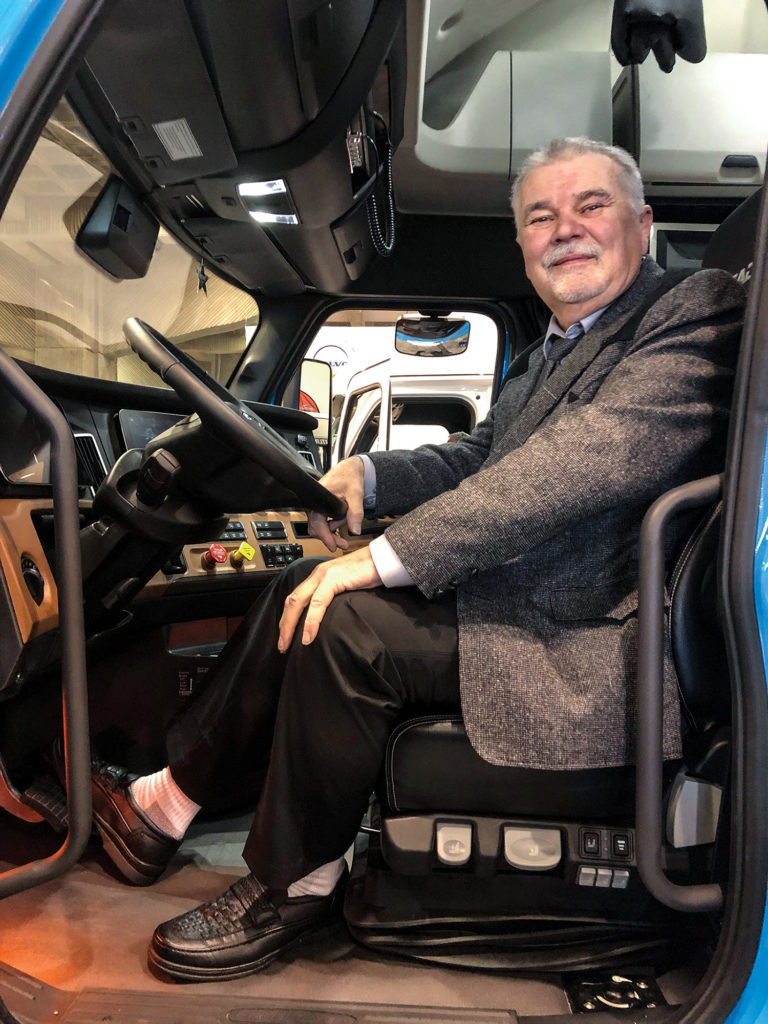 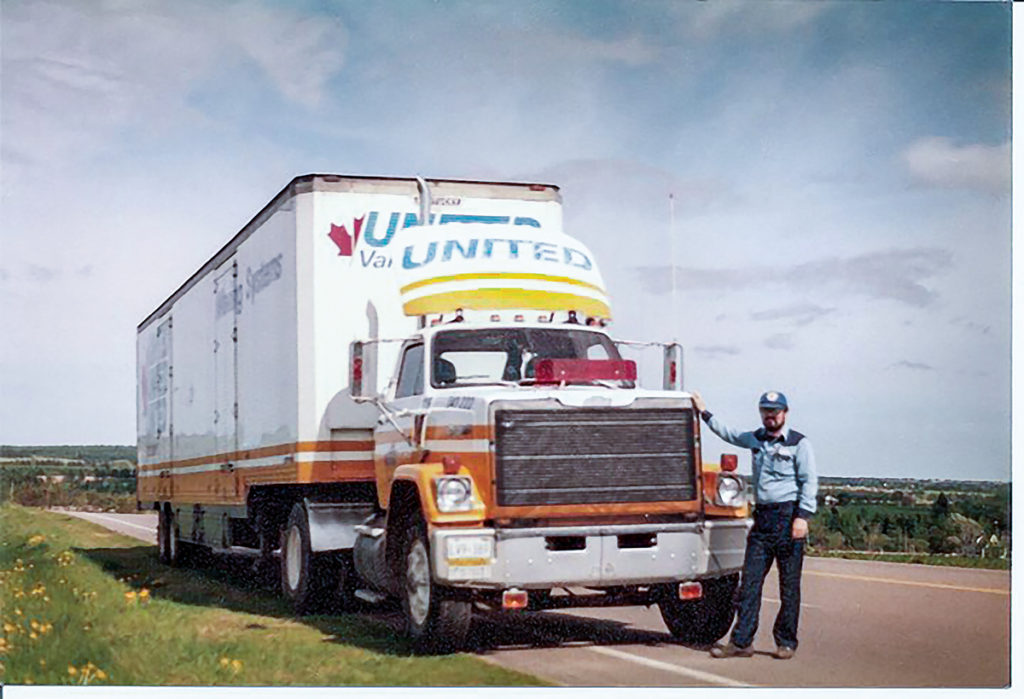 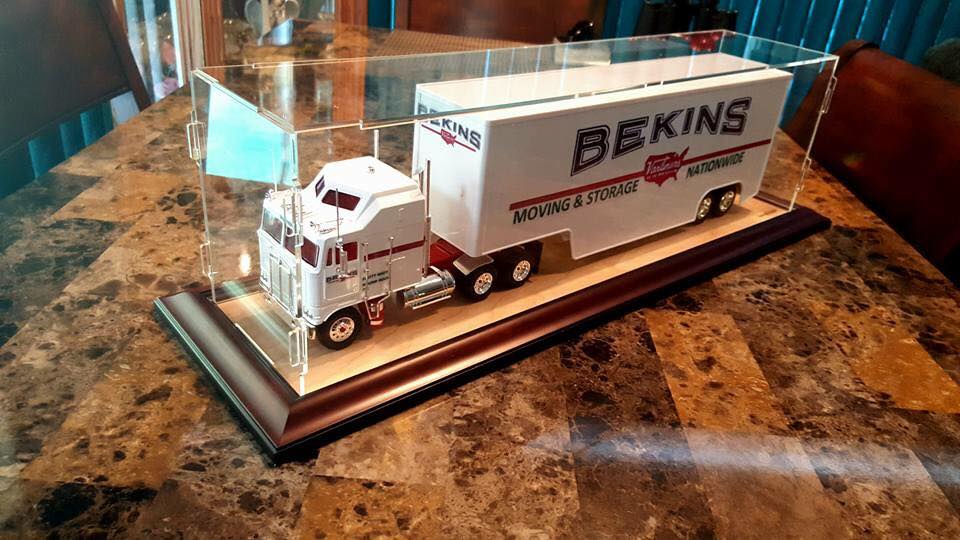 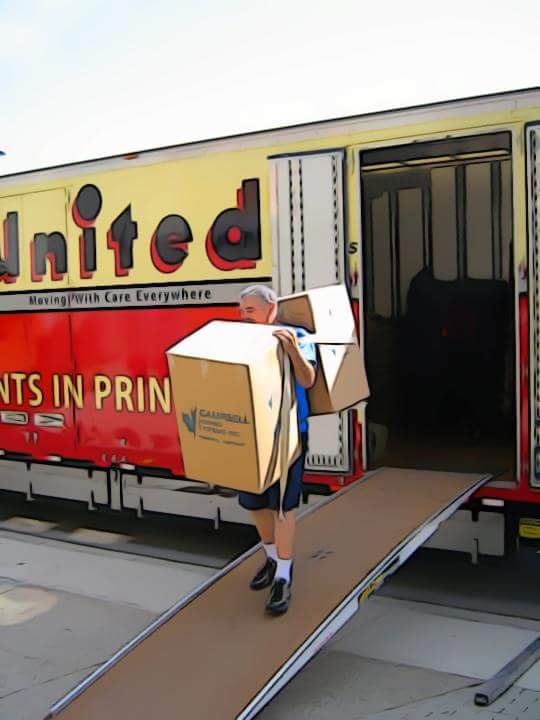 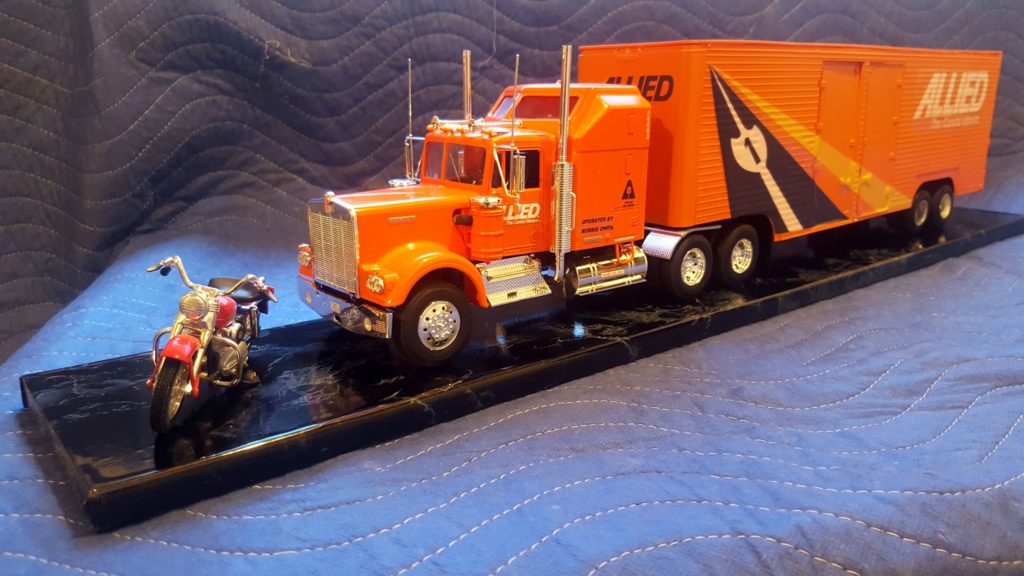 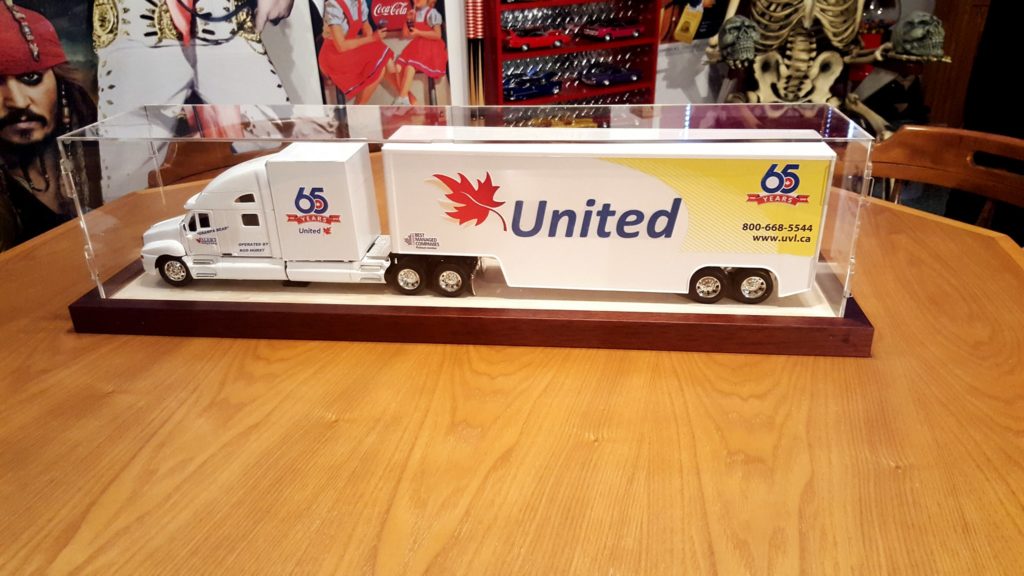 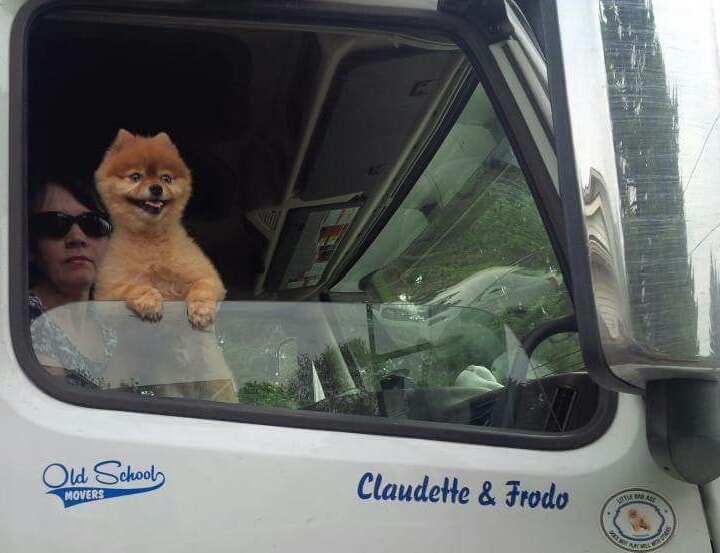 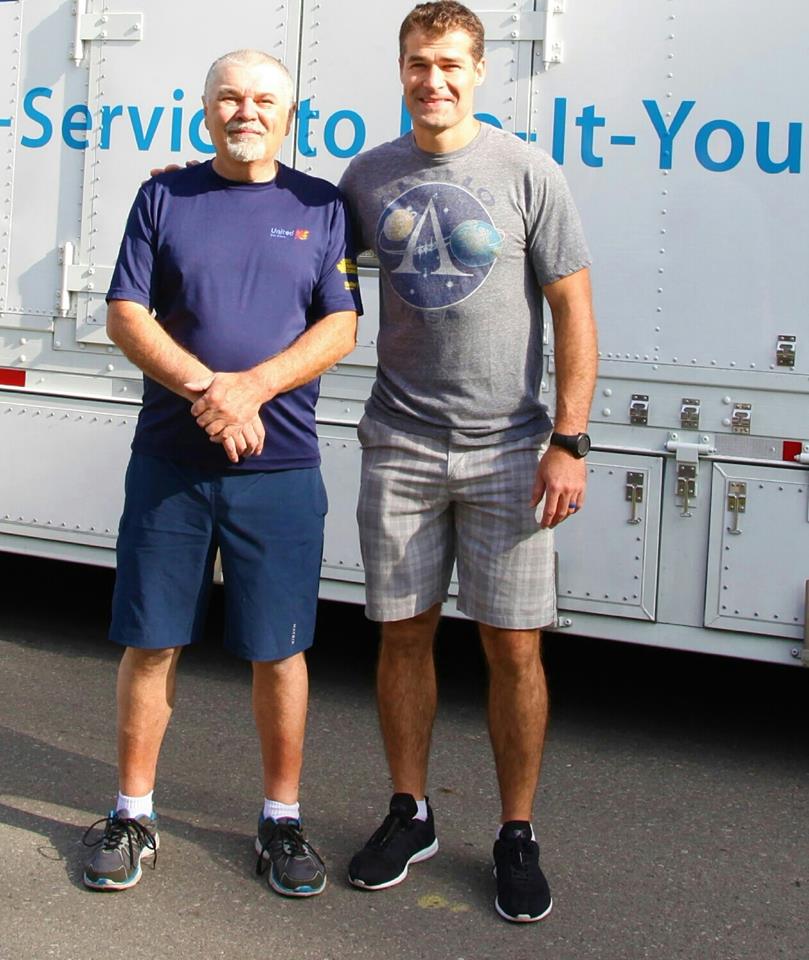 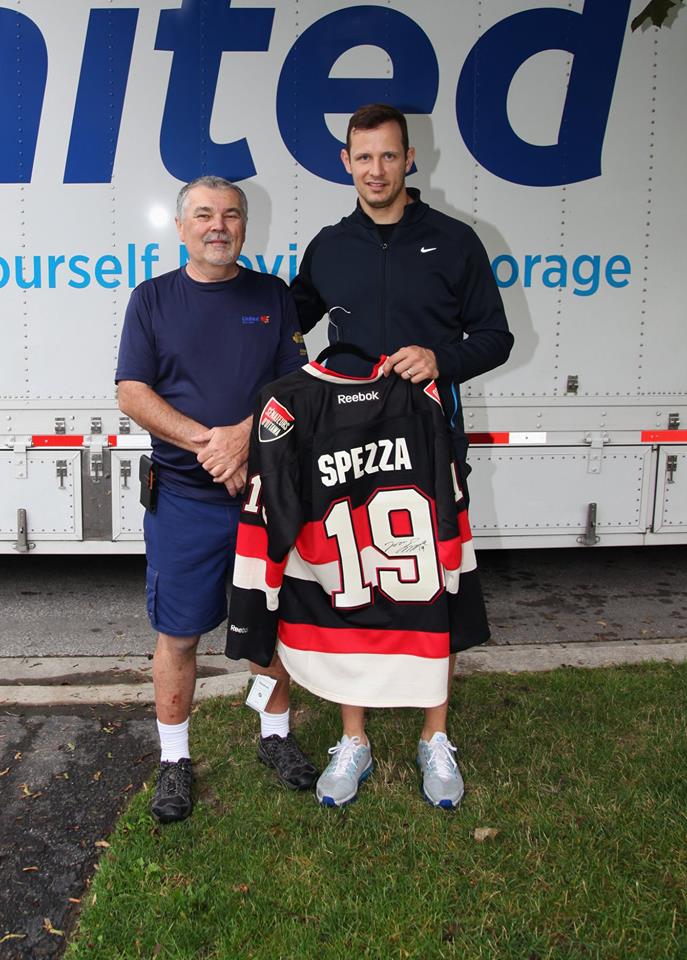 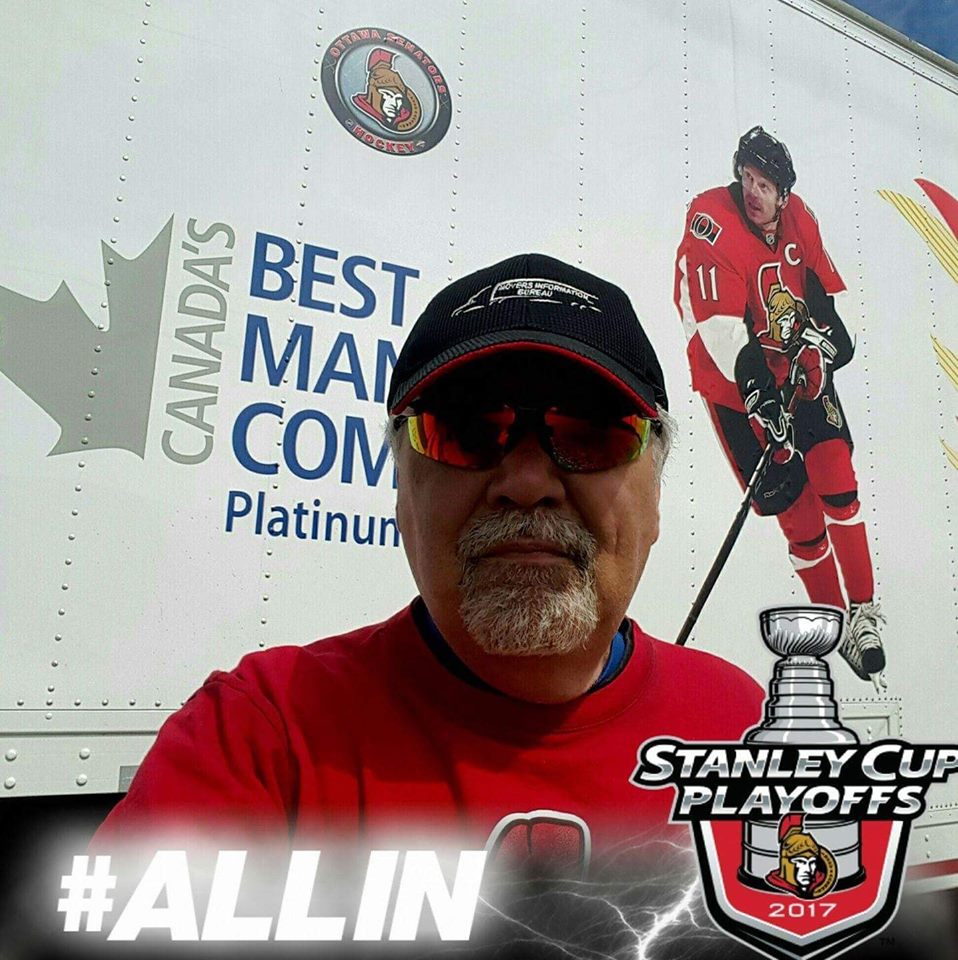 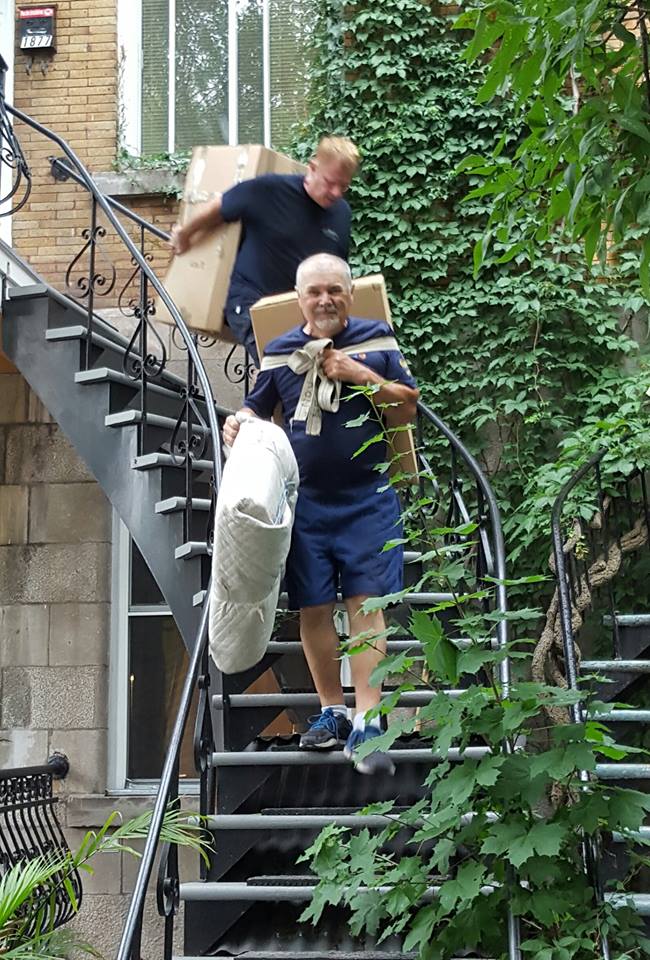 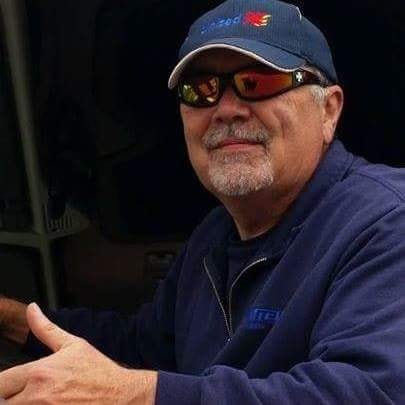 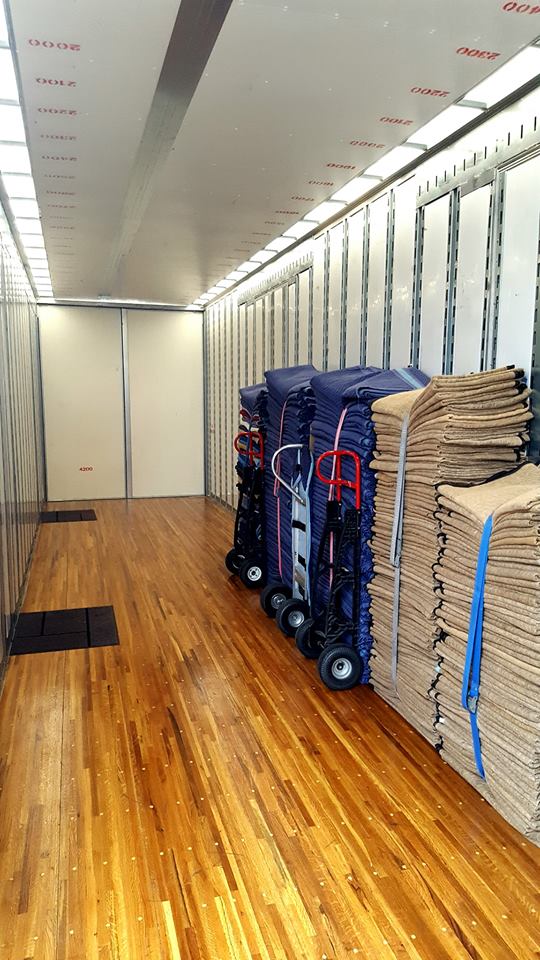 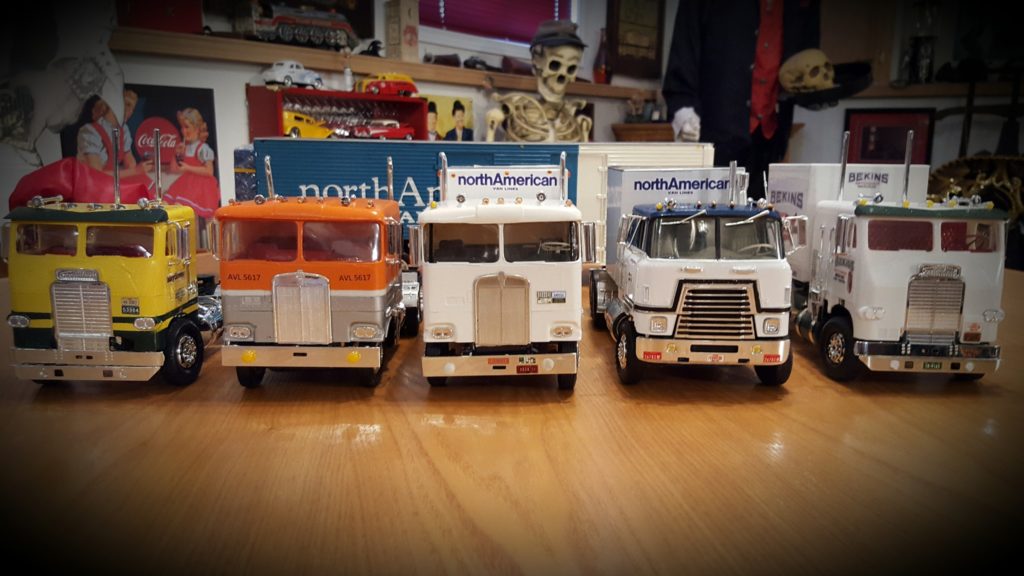 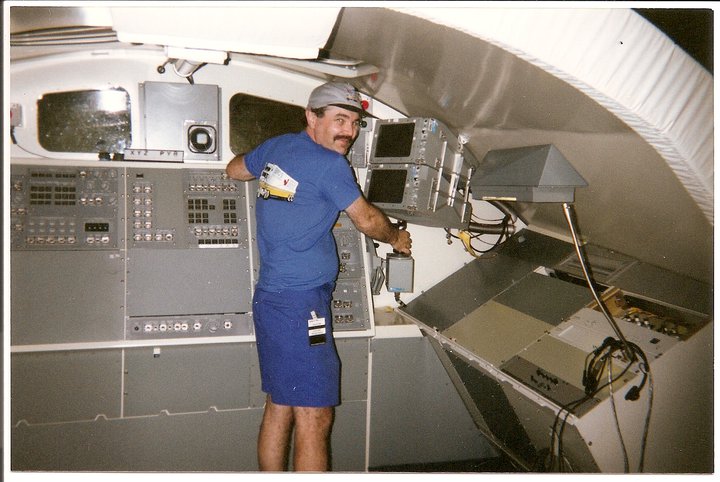 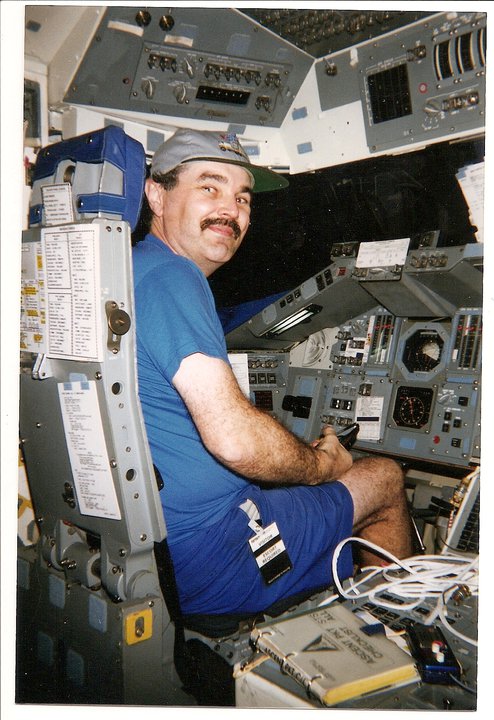 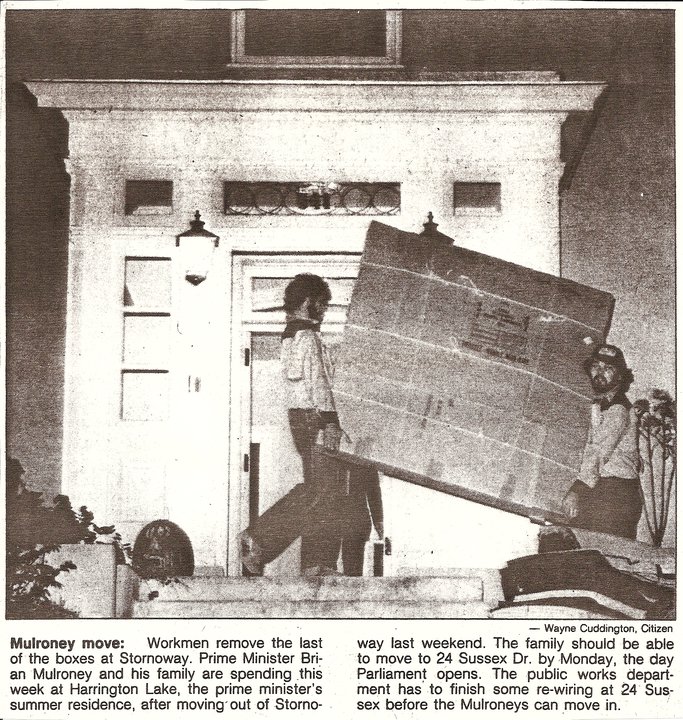 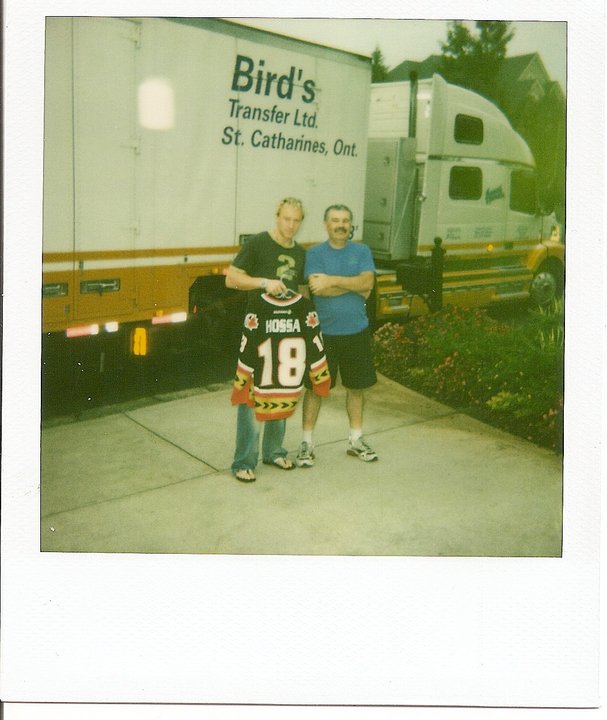 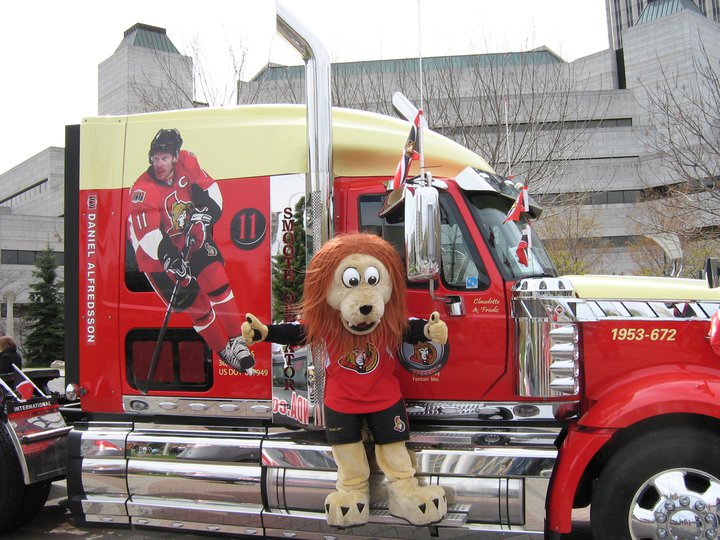 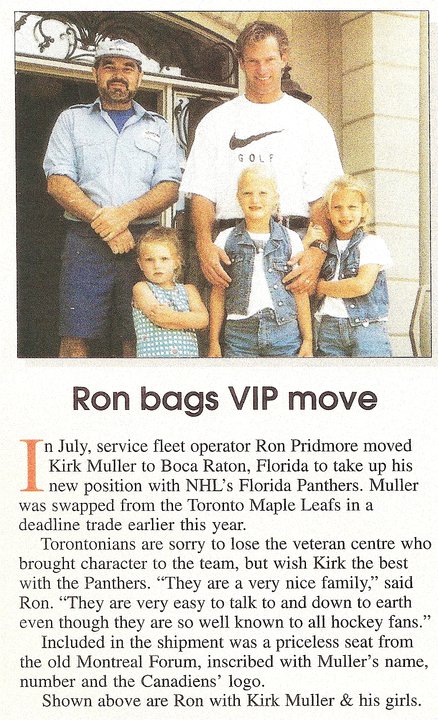 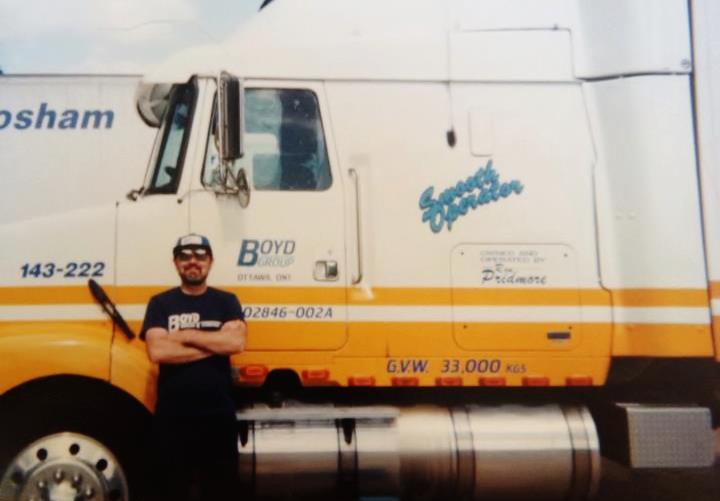 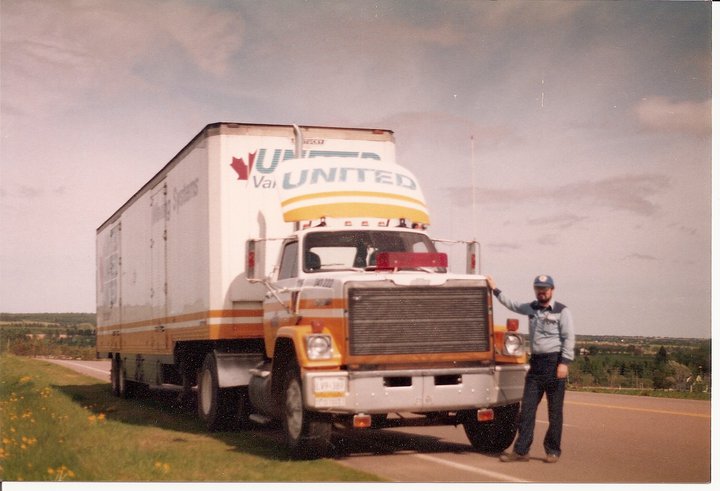 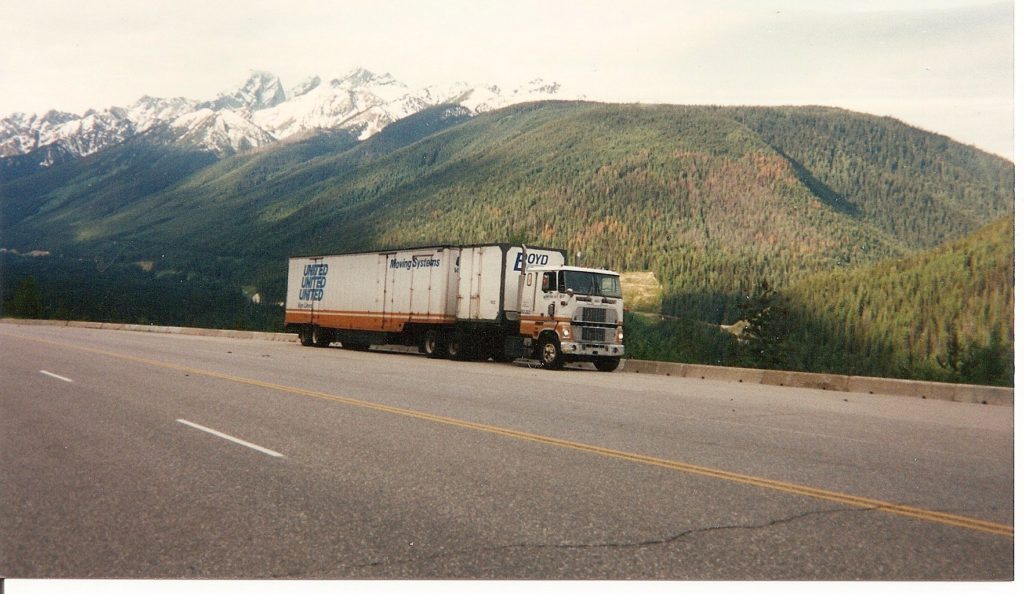 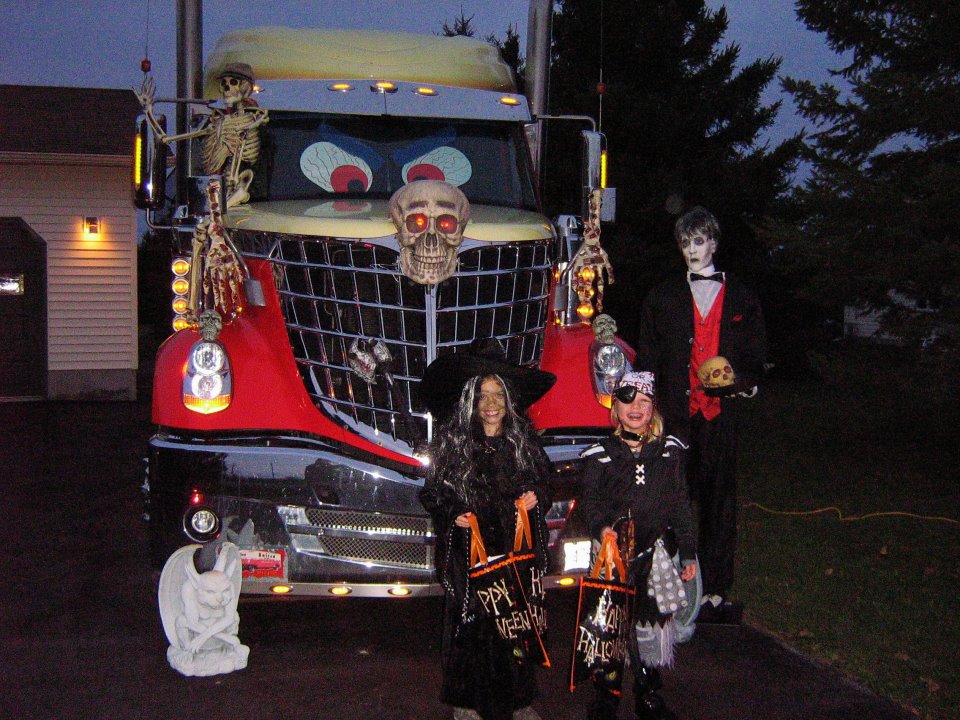 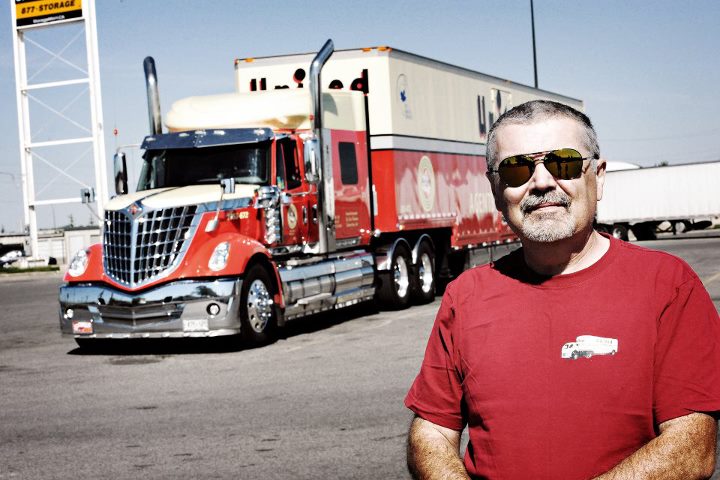 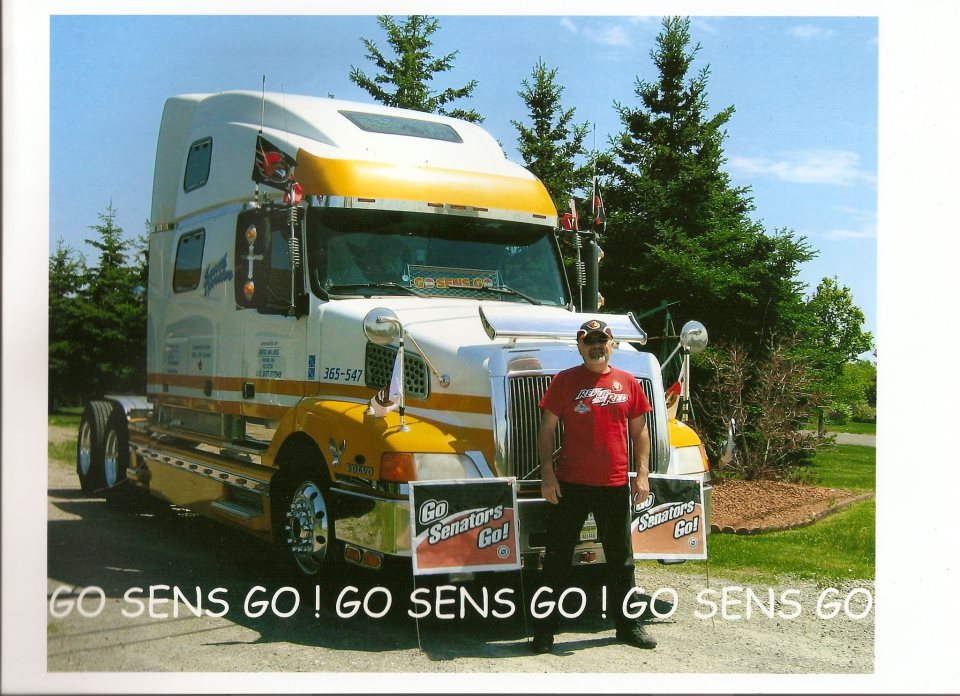 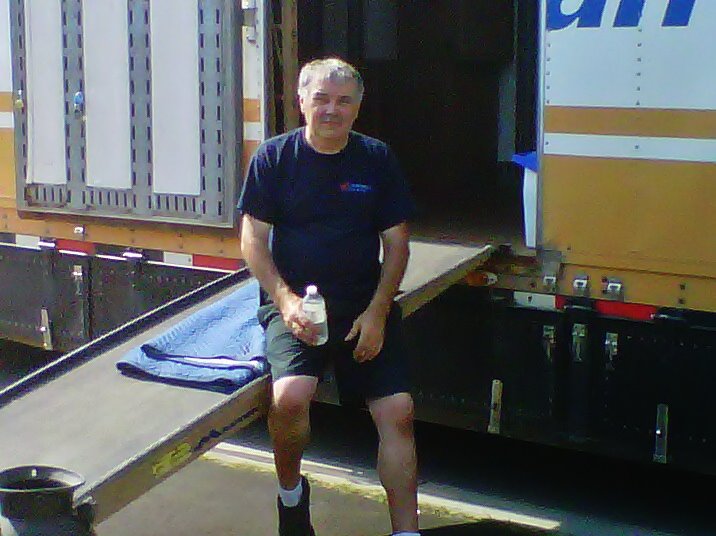 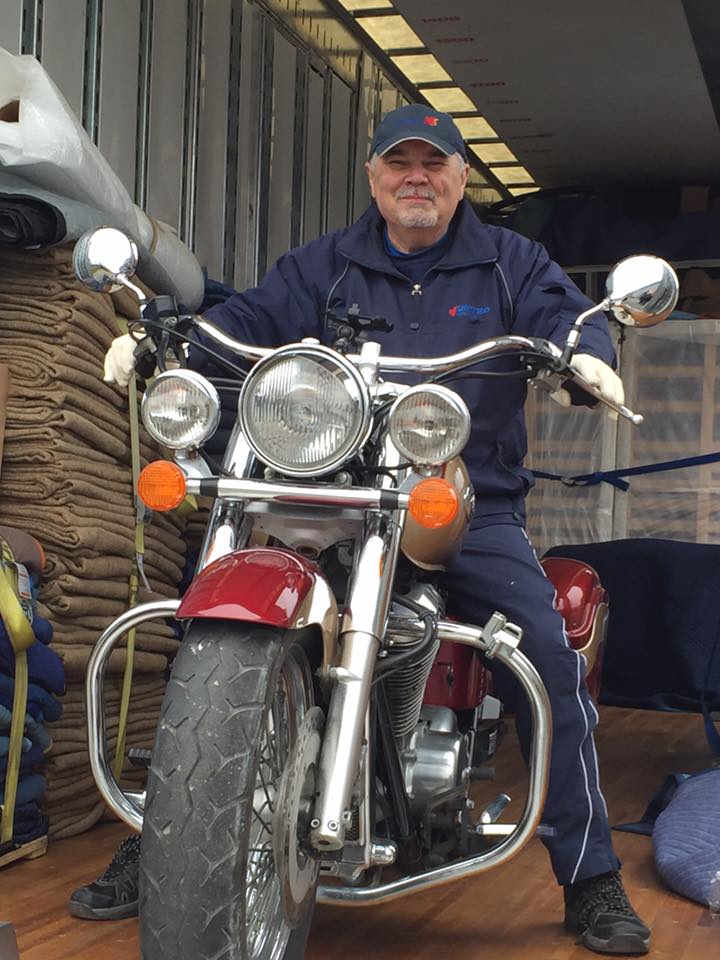