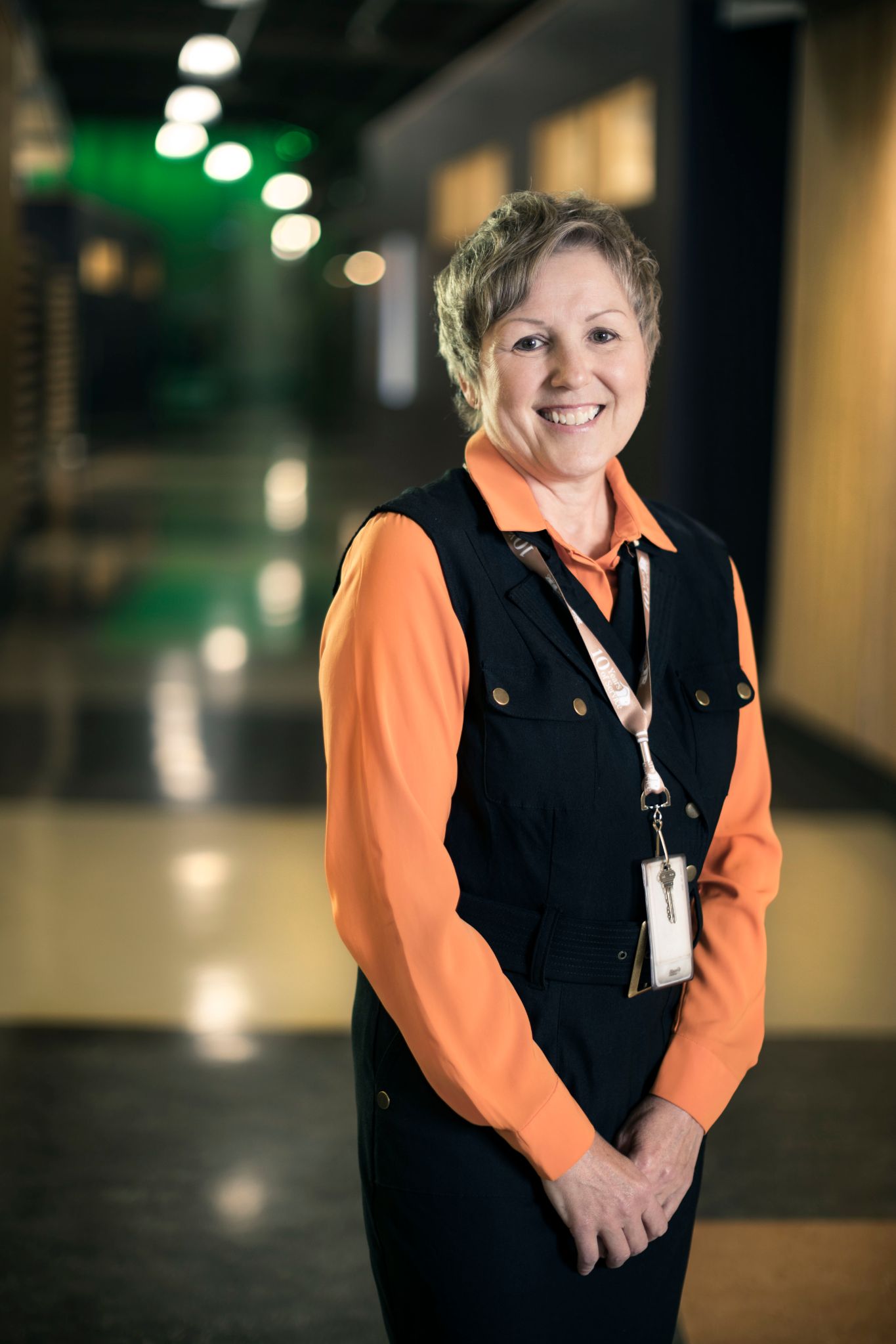 Linda Young has long been a proponent of the programs and philosophies that help Bison recruit and retain its 2,900 staff across Canada, even in the face of stiff competition for drivers. (Photo: Colin Corneau)

If there’s one company in Canada that stands out for its ability to hire and retain good drivers, it has to be Bison Transport. And one of the key players making the secret sauce that leads Bison to awards for safety, driver performance, and as an employer of choice – year after year – is Linda Young.

She is Bison’s vice-president of human resources and people development, and also serves as chairwoman of Trucking HR Canada. For the past 13 years she has been a proponent of the programs and philosophies that help Bison recruit and retain its 2,900 staff across Canada, even in the face of stiff competition for drivers.

Young credits Bison’s success to the values that founder Duncan Jessiman built into the company’s DNA from its beginnings in 1969. He believed in hard work and treating people with respect — values that have endured to this day.

“People here treat it more than a job, more than a career. It’s like a family here,” she says. “And that helps the company to maintain the values Jessiman set out.”

In practice that means being flexible, being open to feedback, hiring well and developing the staff you have. “This is a place that hires smart people,” Young says. “We are open to people who want to create their own opportunity, to stretch themselves, go beyond the boundaries of their job description.” They are valued and recognized by the company.

To attract driver talent, Bison has about 30 different types of driver jobs. These range from full time to part time, truck sharing, four-days-on/four-days-off, regular routes, and regional routes, just to name a few. “It’s tough recruiting right now,” Young says. “Our approach has always been to build a flexible, lifestyle type of job. What we’re able to do is look at an applicant and say, ‘Just tell us what you’re looking for and we will try to figure out where that freight is in our network and run it that way’.”

Something must be working, because Bison has a 50% referral rate. Half of their new hires this year have been as a result of another driver saying, “Yes, this is a good place to work.”

The company’s retention efforts are based on responding to feedback coming from the front lines. From dispatchers and managers listening to drivers’ suggestions and making adjustments accordingly to a review committee that works with anyone resigning or at risk of leaving, they have a good handle on how people are feeling.

Drivers get training and coaching as they arrive, and refreshers are always available for those who may have had an incident, or at key times of the year, like in preparation for winter driving. There’s also formal and informal mentorship available. New drivers get an in-cab coach for the first 13 weeks of employment, and after that there is a network of in-house experts on tap for questions about specifics like crossing the border, for example.

All this hinges around the core philosophy “that you do the right thing”, Young says. “Whether it’s an investment situation or we’re going to turn on this program or turn off a program, we ask: ‘Is that the right thing to do for the business, for the people?'”

She adds that it has to fit the company culture. “I can serve it up, but if it doesn’t really resonate with people or there isn’t the culture behind it that we believe in, we kind of fall down.”

Being open to suggestions is key, she says. Ideas that will improve the business are always welcome. “Across the organization we have a very big, continuously open attitude. It’s about getting the right outcome and putting your own personal agenda aside.” Compared to other organizations in the many industries where she’s worked before, Young says it’s a refreshing attitude.

In keeping with the ethos of putting the personal aside, Young won’t take credit for Bison’s HR success. But she does say it’s been a delight to see her “fingerprints” on so many successful programs. And she’s looking forward to work in the future on recruiting more diverse workforce to include women, people with disabilities, the aboriginal community.

“We really feel like the investment we make in people programs, driver programs, are really what are going to stand the test,” Young notes. “We are very fortunate and we certainly do not look lightly on that. It’s really important.”