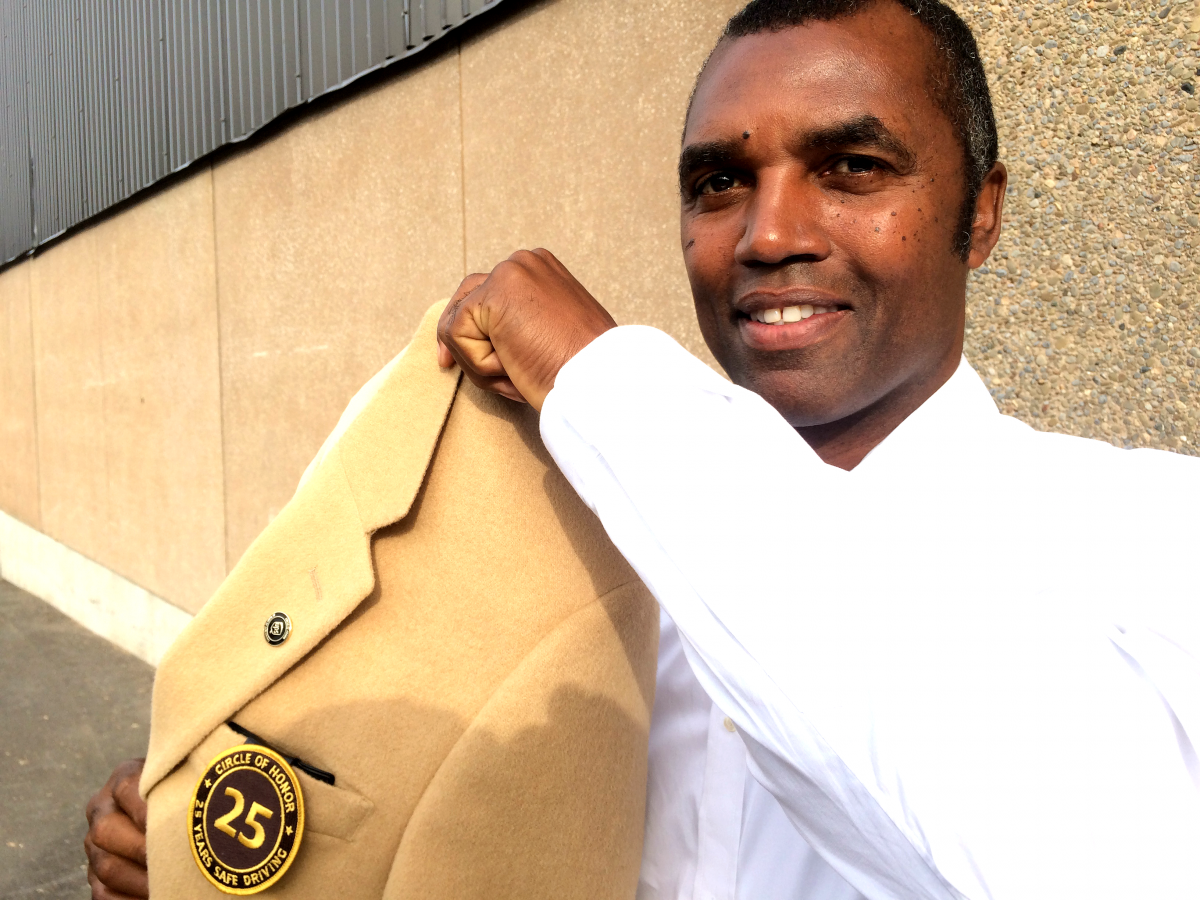 VAUGHAN, ON – Along with a big smile, Rohan Stephens has a big number 25 patch on his new khaki UPS blazer. It marks the number of years he has driven the courier service’s famous brown trucks without a single collision.

Stephens was presented with the UPS Circle of Honor blazer Wednesday alongside 17 other Ontario recipients. Canada, by year’s end, will have 132 UPS inductees within the Circle of Honor, part of some 8,000 UPS drivers worldwide to claim the 25-year safe driving milestone.

For Stephens, safe driving is all about starting the day off on the righ 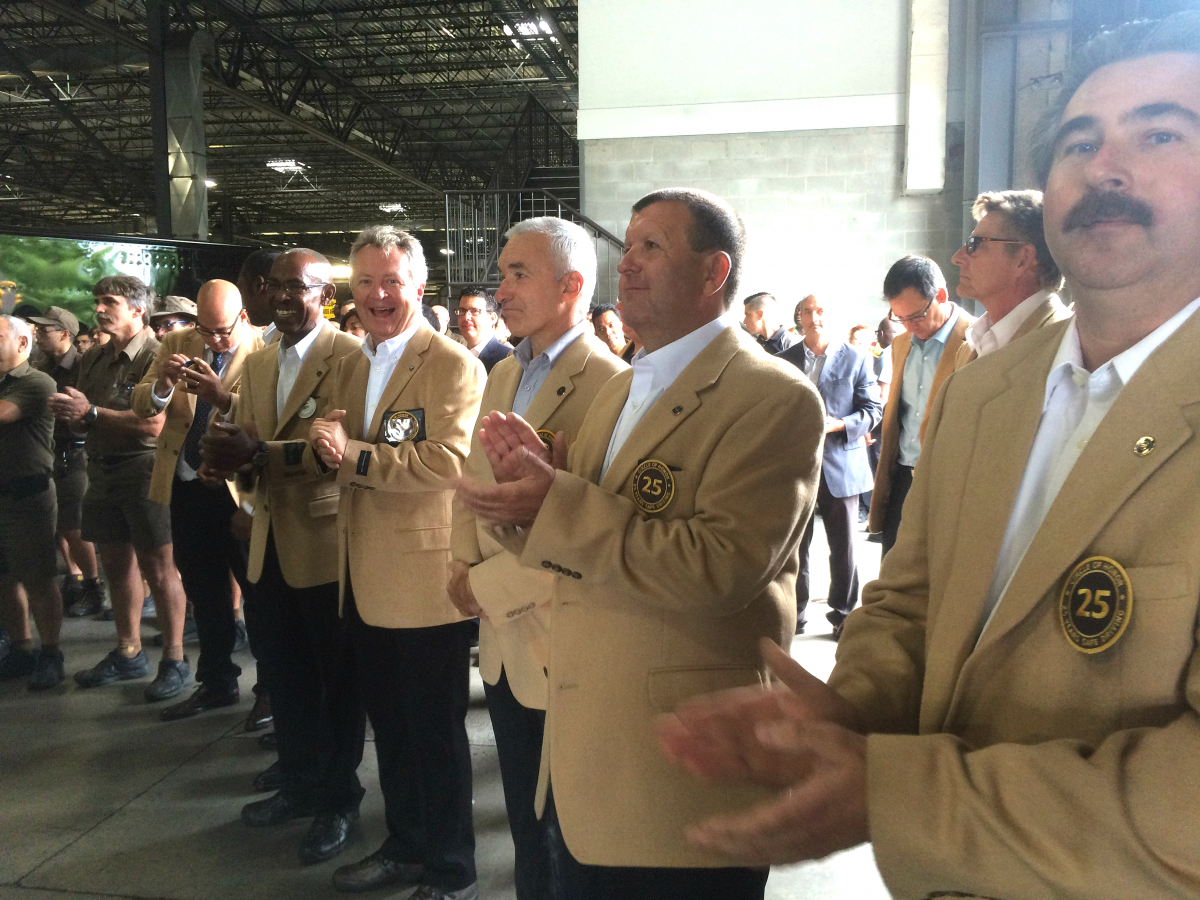 t foot, so you don’t end up with a lead one. He makes sure he gets a solid night’s sleep and is fully decompressed by the time he gets behind the wheel for his daily deliveries.

“Don’t let driving be a competition,” suggests Stephens, who lives in Brampton, ON.

Stephens says it’s critical to properly communicate with other drivers on the road by using his vehicle’s language: horn, lights and signals. He keeps his phone in the back seat, and only uses it during breaks. Of course, there’s always pressure to rush, but just don’t, he says.

Stephens is a UPS driving mentor and also an instructor with the UPS Road Code program, which aims, among other things, to teach kids at the Boys and Girls Clubs of Canada about the dangers of distracted driving. The program even utilizes driving simulators to really drive home the importance of proper training.

“Every sports organization has its Hall of Fame. Here at UPS, the Circle of Honor is our Hall of Fame,” said Jerry Iacono, UPS global health and safety project manager. “You exemplify the best of the best, and that is what UPS is all about.”

UPS’s top safe driver in 2016 is Michigan package car driver Tom Camp, who has now driven for 53 years and delivered more than 5 million packages without an accident.

When stopped in traffic, Have an escape route

1, 2, 3 Second delay at startup, Keeps you away from Billboards.

The car in front of me begins to move I count 1,2,3 before moving forward. This builds in my following distance and allows the cross traffic to clear.

After the car in front passes a stationary object, I count the time until I reach that same object. This gives you the time to react to situations that occur ahead of you.

I pick an object well ahead of my car, where my eyes are focused most of the time and I count until I reach that object. It’s my maintained depth of vision and will center my car in lane and provide safe path on turns.

When you are approaching a parked car, you want to scan the steering wheel to see if it is occupied. This is because the occupied car may pull out in front or open their door in front of you.

When approaching a stale green light pick a point of decision between your car and the light, when you reach that point if the light is green proceed without hesitation. If it has turned yellow come to a smooth stop. Prevents getting hit in the rear and prevents running red lights.

Use my horns, lights, signals to gain the attention of anyone along the edge of my path. This will make sure they see you so that chances are they will not hit you.

Pulling from curbside, Communicate in traffic, horns, lights, and signals.

Before pulling away from the curb glance over your left shoulder, this will clear my blind spot and help keep my eyes moving. Signal before leaving curbside.

Mirrors and Gauges, Keeps eyes ahead of car

Check your mirrors and gauges every 5-8 seconds and bring your eyes front 2 seconds. This will allow you to know the situation that surrounds your vehicle on the road.